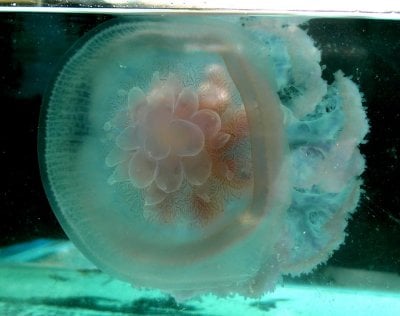 NAI HARN, PHUKET : The Phuket Marine Biological Center (PMBC) has found no evidence of deadly jellyfish on Nai Harn Beach.After the hospitalization of a four-year-old boy last week due to a jellyfish sting, PMBC researchers sampled the area by sweeping the waters with two nets at depths of 1.1 and 1.4 meters.The operation netted seven jellyfish of the painful but non-life-threatening schyphozoan variety.“The jellyfish found at Nai Harn are not dangerous like the box jellyfish. They are most commonly found during the rainy season (May-October), but nonetheless are present year-round,” said the director of PMBC Wannakiat Tubtimsang.“He continued, “It is best to be aware and avoid them while swimming. If you get stung, pouring vinegar on the wound and applying mashed ‘beach morning glory’, which is abundant on the beach, is effective.”

Private jets to rise in Phuket