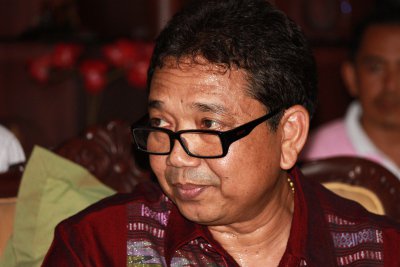 PHUKET: Phuket Governor Tri Augkaradacha was yesterday called on by villagers and at least one resort owner to instigate action in getting mains power to Koh Maphrao, better known as “Coconut Island”.

Families on the island have to pay at least 3,600 baht a month for diesel to power generators, claim village representatives, while The Village Coconut Island resort has spent more than 25 million baht on buying six generators alone.

The resort currently spends about 5mn baht a month on diesel to provide power to its own property as well as many local public facilities, including a mosque, a school, the health center and the island pier, said one letter of complaint filed with the governor.

The representatives pointed out that the Phuket Provincial Electricity Authority had said it would provide electricity to the island two years ago, but that that promise was never fulfilled.

“Based on this, we commenced the final phase of our development, expecting to have power to run the resort by the time we finished. To date, this has not arrived and we have run out of money due to having to pay more than 5 million baht a month for generating our own electricity, plus having to spend over 25mn baht on six generators,” said the complaint.

“Since the start of the village, we have invested well over 2 billion baht. We have employed thousands of contractors. We currently employ 300 staff, many from the local island population and Laem Hin. When we arrived six years ago, Laem Hin had no taxis; there are now at least 12. We use local laundries and many other local suppliers. All of these [people] are about to lose their jobs or income,” the complaint added.

Paying the power bills for the community is sending the resort broke. Although no name was attached to the resort complaint, it read, “For the last six months I have been trying to get further funding from our bank, other banks or investors. No one will lend us money or invest because of the electricity problem.

“But the solar panels we bought can be used for only about for years and they are not cheap,” he said.

“We have been waiting for electricity for more than 30 years. There are about 180 families – more than 700 people – and many resorts on the island. Meanwhile, some families have to pay for diesel for their electricity generators. Even though they use electricity only at night, they have to pay about 120 baht for diesel every day. That’s a lot of money for us,” he told Gov Tri.

The projects for Koh Maphrao and Koh Naka Yai passed their Environment Impact Assessments (EIA), but not Koh Phra Thong.

“So the PPEA filed a report so we could go ahead and install power cables for Koh Maphrao and Koh Naka Yai only. The applications to go ahead with those projects are now with the central government in Bangkok. It will probably take one and a half years before the projects are complete,” Mr Wijarn said.

On hearing the complaints and the explanation from the PPEA, Governor Tri said he would follow up with the relevant organizations to make sure that the project is completed soon.