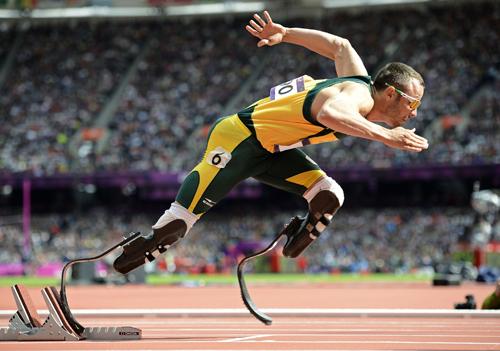 Johannesburg’s Talk Radio 702 said Pistorius was understood to have shot his girlfriend in the head and arm, although the circumstances surrounding the incident were unclear. He may have mistaken her for a burglar, the radio report said.

A police spokeswoman told Reuters that a woman had been found dead at the house but declined to give any more details.

Pistorius, who races wearing carbon fibre prosthetic blades after he was born without a fibula in both legs, was the first double amputee to run in the Olympics and reached the 400 metre semi-finals in London 2012.

South Africa has some of the world’s highest rates of violent crime and some home-owners carry weapons to defend themselves against intruders.