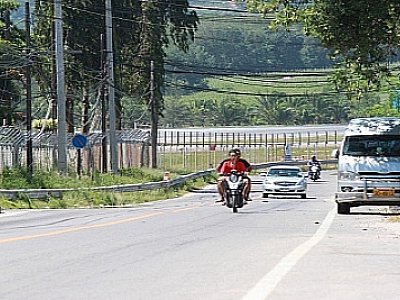 PHUKET: The fence running along the perimeter of Phuket International Airport does not provide adequate security, Vice Governor Chamroen Tipayapongtada told a meeting of about 20 officials this morning.

“The road should be closed to traffic, except for people living in the area, who must be issued special passes,” he said.

Representatives from Airports of Thailand, the public organization that operates Phuket Airport, said they are planning to build a high-security wall surrounding the facility, but work on erecting the wall would likely not commence until October next year.

However, V/Gov Chamroen pointed out that if anything were to disrupt services at the airport before completion of the new wall, such an act would harm the island’s economy.

“It’s best to act before anything bad happens,” he said.