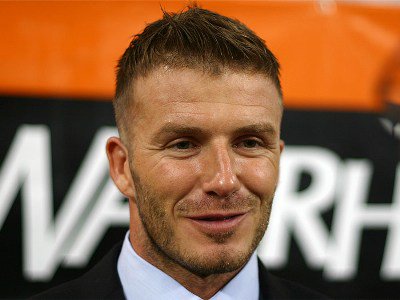 PHUKET: “I like Leonardo a lot, he is a great manager. I’m honored to know that he wants me to join PSG. It’s exciting, great things are happening in France. Leonardo has arrived, there’s a lot of money.”

36-year-old David Beckham is being courted by French Ligue 1 side, Paris Saint Germain (PSG), as his contract with LA Galaxy will finish in November. A PSG spokesperson claims that the deal is 95% certain, and only a change of heart from Beckham would stop a signing.

However, Beckham’s comment regarding money is indicative of players’ focus in the modern game. Not only are players being paid inordinate salaries, but they are taking up positions based on a club’s financial standing.

Of course, one wouldn’t necessarily take a job with a firm that was having monetary difficulties. But traditionally talented players have worked hard in the hope that the team they supported as a child might come knocking at their door to offer a trial and a contract. Are those days really over?

I can’t imagine Beckham ever having desired a move to Paris. Certainly, imagining Dave speaking French is an excruciating thought.