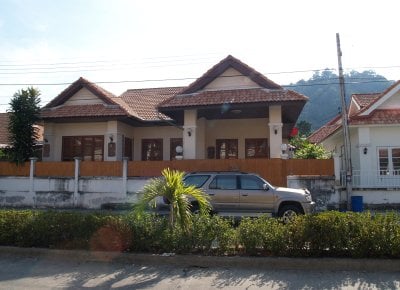 KATHU, PHUKET: A retired businessman from England was found dead in his Phuket home on Monday.

Tung Tong Police found the body of William Mann, 63, lying on a sofa in the living room of his house with a bloody tissue in one hand and a wound on the right eyebrow.

Investigators found no signs of a struggle. However, there was blood on the floor next to the sofa and bloody tissue on a nearby table.

Police were called to the house in Phanason Parkville, Kathu at 9pm by an unnamed Thai female friend of Mr Mann.

She told Duty Officer Angkarn Yasanop that the deceased had experienced convulsions earlier in the evening at a friend’s house and returned home.

She began to worry when she could not contact Mr Mann so she went to check his house.

Lt Angkarn said he suspected Mr Mann had another convulsion at home, causing him to fall to the floor, resulting in the eyebrow injury.

He then attempted to clean his eyebrow and the floor with tissue before having a final, fatal convulsion while sitting on the sofa, said Lt Angkarn.

Later, Kusoldharm Foundation rescue workers delivered the body to Patong Hospital for examination. The results have yet to be reported to police.

Lt Angkarn said the convulsions may have been associated with alcoholism.

British Honorary Consul Martin Carpenter confirmed Mr Mann’s family have been informed of his death and will come to Phuket to arrange his funeral.