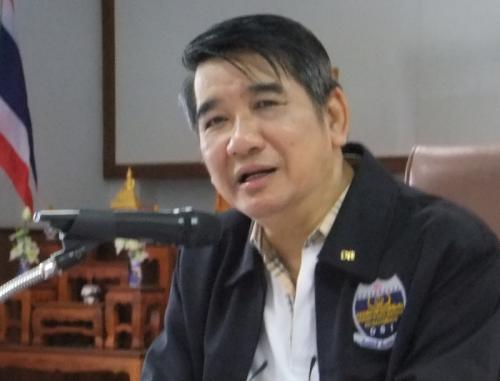 PHUKET: The Department of Special Investigation (DSI) is considering launching a Facebook page so that people can report foreigners working illegally in Thailand by uploading photos directly onto the Internet.

The news came after DSI Deputy Director-general Yanapol Yungyuen heard a slew of complaints from Phuket business owners at a meeting in Cherng Talay yesterday.

“I will open an official email address to specifically receive complaints, and we can also start a Facebook page, which might be easier for users to upload photos and tag them,” Pol Col Yanapol said.

“If anyone sees a foreigner working without a work permit or working in an occupation reserved for Thais, please take a photo of them and send it to us,” he urged.

After making it clear that foreign guides were still operating seemingly unhindered in Phuket, Supachai Wattanaparinton, Vice-President of the Phuket Professional Guide Association (PGA), went on to bring up the issue of Thai nominees.

“Foreigners use Thai people to register companies, but only give them a little money in return. I saw a woman who was the ‘owner’ of a tourist company riding an old motorbike and living in a tiny rental room,” Mr Supachai said to illustrate his point.

“I hear that tourism can generate a great deal of income for Thailand, but in fact, very little of that money from tourism goes to Thais. The money paid upfront in countries abroad never enters Thailand,” he told those at the meeting.

“Thais can generate a little money through transportation and shopping, but now foreigners also are coming to ‘steal’ that income from us,” he added.

Samart Duwao, a taxi driver, brought the DSI’s attention to the fact that it is easy for foreigners to operate black plate taxis to and from the airport.

“A foreigner can just rent a car and pick up passengers at the airport. It’s too hard for law enforcement agencies to check because they can just claim they are picking up a friend,” Mr Samart explained.

“I want government officers to look into this problem,” he said.

Kitti Panmai, a restaurant owner who attended the meeting, expressed his concern not that foreigners were operating restaurants, but was worried that restaurant reviews were written on the wrong criteria.

“Please do not slander a restaurant because those working there can’t speak your native tongue. Restaurants should be compared based on the quality and taste of their food,” he told those present.

Col Yanapol set to address the many concerns expressed at the meeting as it drew to a close.

“About the taxi situation, I would suggest using meters to provide transparency and show passengers that you are giving them a fair price so they trust the services of local taxis. As for the restaurants, I don’t see this as a critical situation,” Col Yanapol explained.

“Government officers need the cooperation of every department, as well as villagers, in tackling these problems,” he said. “I’m afraid we will affect the tourism image of Thailand, but this will not affect the income of Thais too much, because tourists pay for tour packages in their home country.”

“Every service that a company uses should be reasonably taxed, because it will provide revenue for Thailand – Thailand must receive full benefits from the tourism industry,” Col Yanapol said.