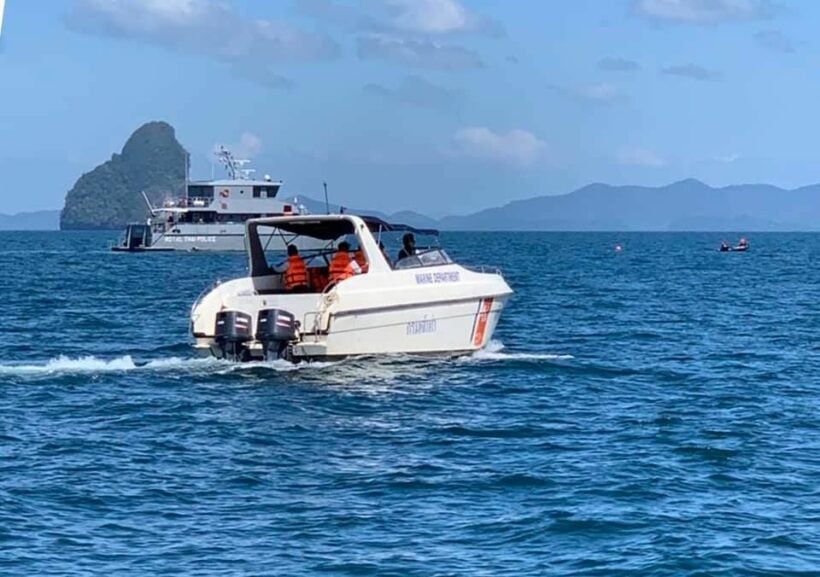 The Royal Thai Navy continued searching off Phuket’s east coast today for 18 year old Kittipong ‘Boy’ Samunboot, a crew who fell overboard in yesterday’s collision between a tour boat and a large luxury yacht off Koh Khai Nok. The incident happened around 4pm. A search for the missing young man continued last night and was resumed this morning.

The 49 year old captain of the “Choksuphasan 35”, Surat Mat-O-Sot, succumbed to his injuries from the collision.

The luxury yacht, called “Stallion”, was skippered by 47 year old Russian Alexander Gorbunov. The vessel suffered only slight damage in the collision. The captain was able to rescue 36 of the 46 tourists on board “Choksuphasan 35” and take them back to shore at the Ao Por Grand Marina. Other injured tourists and Captain Surat, a tour guide and one other crew were taken AA Marina on Koh Sirae.

Tourists involved in the incident were from Britain, India, Pakistan, Iran, Egypt, Estonia and Russia.

A tour boat crew, 18 year old Kittipong “Boy” Samunboot, fell overboard from the impact of the collision. He has not been seen since.

Tourist Police have confirmed that the tour operator, Andaman Sea Cruise Company, has taken full responsibility for the people on board their vessel and will cover all treatment costs.