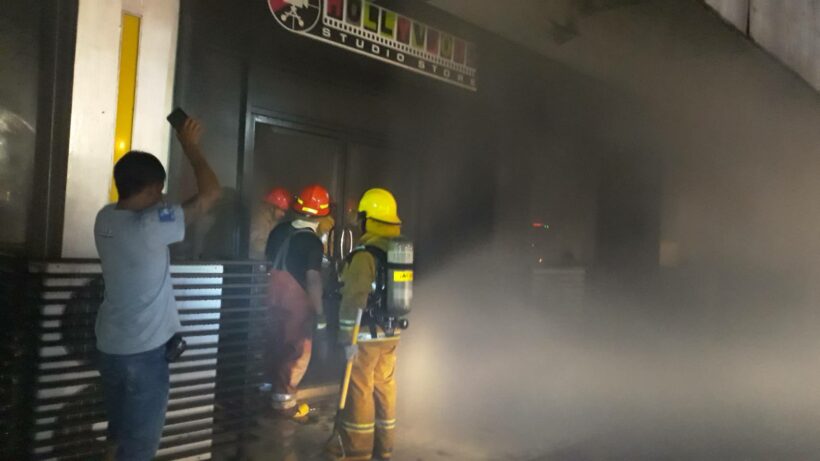 A clothes shop ‘Hollywood Studio Store’ located in the ground floor of the Paradise Multiplex, Ocean Shopping Mall in Phuket Town, was on fire last night (April 23) and destroyed about 2 million baht worth of valuables.

The team of Phuket authorities including Phuket’s Mayor, Somjai Suwansuppana, rushed to the scene with fire trucks

The fire was inside of the shop so the firefighters used an axe to break inside to control and extinguish the fire. However, the exercise was difficult because the clothes were highly flammable and were causing a lot of smoke so they had to use a smoke exhauster before getting in. It took 2 hours to extinguish the fire.

According to shop staff they closed the shop at 9.30 pm. They turned off all the switches before leaving and didn’t notice anything suspicious. They also pulled down the electricity control panel to cut the electricity supply. They learned about the fire when the manager called.

The shop covers 200 square metres and almost all the clothes were damaged by fire. Witnesses say they notice a lot of smoke coming out of the shop so they called fire fighters to check. Officials suspect that it was probably an electric short circuit.

Forensic police will investigate the location to find out the real cause of fire. 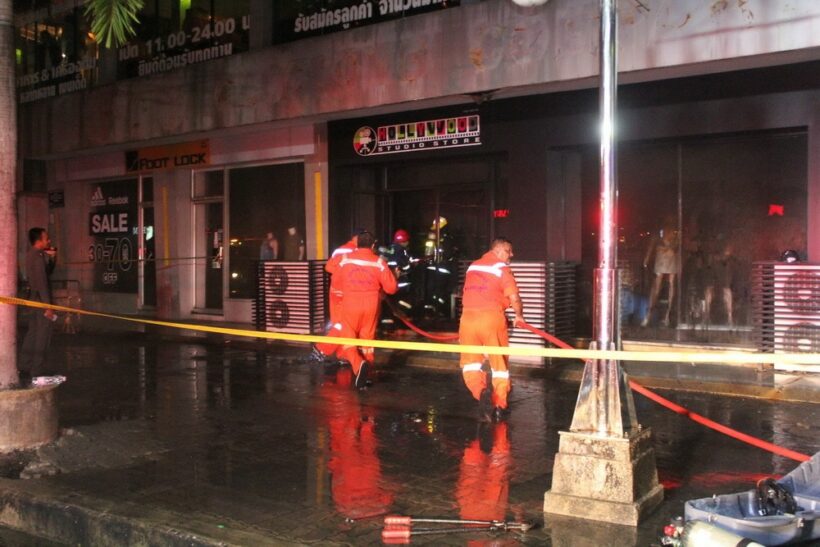 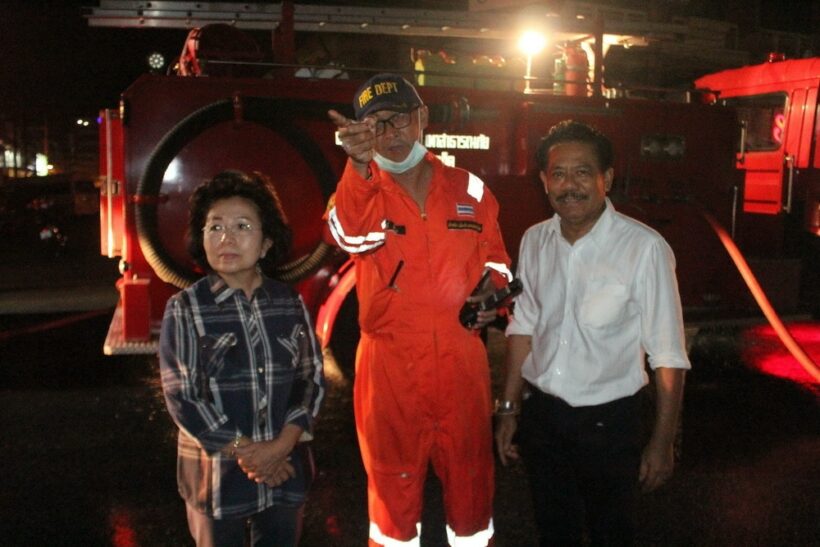 Preparing to close down Maya Bay