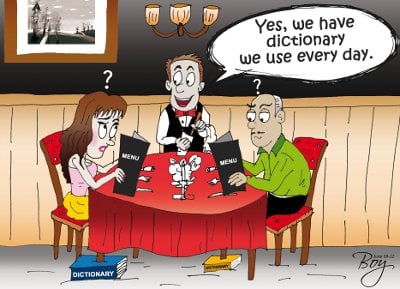 PHUKET: The results of last week’s online readers’ poll indicate stark differences in perception among foreigners and Thais about the level of English-language proficiency among local people working in the tourism industry.

Most people who identified themselves as Thai thought these skills were good or excellent, while tourists and local foreign residents rated them quite poorly.

Although the number of native English-speaking tourists who visit Phuket every year is not growing at the same rate as those who speak Russian and Chinese, few would argue that English will not remain the most important medium of communication in the tourism industry for the foreseeable future.

Going back decades, the mainstream Thai education system has consistently failed to produce graduates with sufficient skills to effectively communicate in English.

The sad reality is that in most government schools in the Kingdom, Thai teachers of English language themsleves lack real communication skills in the language they are assigned to teach. The result is that in the classroom Thai language remains the medium of English-language instruction, with incorrect pronunciation and word-meaning errors passed along from one generation to the next, supported on a daily basis by similar errors in the mass media.

Fortunately, our increasingly cosmopolitan island is home to a variety of privately-run schools that offer genuine alternatives. These start with nurseries and kindergartens that offer parents a way to expose their children to English, as spoken by native speakers, as early as possible, which is of course an essential building block for future proficiency.

But the prevailing mediocrity in the English-language skills of the vast majority of Thais looks set to remain where it has languished for decades: unchanged and unchangeable, other than among the rich.

With the launch of the ASEAN Economic Community (AEC) integration scheme just two years away, this inequitable status quo is one Thailand can no longer afford to suffer – and distributing tablet computers to six-year-olds is not the answer.

As to the poll results, it could be that a well developed Thai sense of nationalism and ‘false positive’ reinforcement of the country’s English-language skills have conspired to create the gap in Thai vs foreign perceptions. But if recognition of a problem is the first step toward its solution, then it is certainly to be hoped that that step will come soon.

Phuket Opinion: Corruption and the duality of man