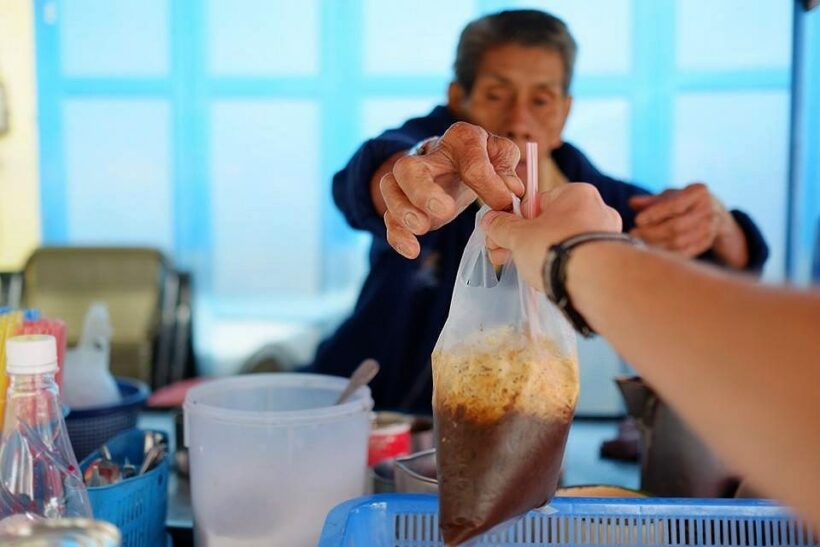 If you go to any Thai market or even stop off at a street store selling a refreshing Thai iced-coffee, you will know that you end up with plastic bags, plastic containers and plastic carry-bags for everything.

Thai Rath is reporting that the Thai environment minister, General Surasak Kanjanarat, is declaring war on plastic bags in the Kingdom.

The Thai authorities will start off with a positive PR campaign to encourage traders and the public to stop using so many plastic bags at fresh food markets nationwide.

Gen Surasak said yesterday that the country uses a whopping 45 billion bags a year. 45% cent of these are used at fresh food markets. That is around 18 billion bags just in Thai markets.

Signage will be going up at 7,000 markets nationwide. The aim is to reduce plastic bag usage by 20% or 3.6 billion bags at markets by the end of 2019. There is also a target to reduce foam/poly styrene container usage by 10% in the same period.

Thai Rath also reports that some 400,000 convenience stores nationwide make up 30% of plastic bag usage or 13.5 billion bags each year.

Up to 20,000 fake Thai visas being issued to Burmese