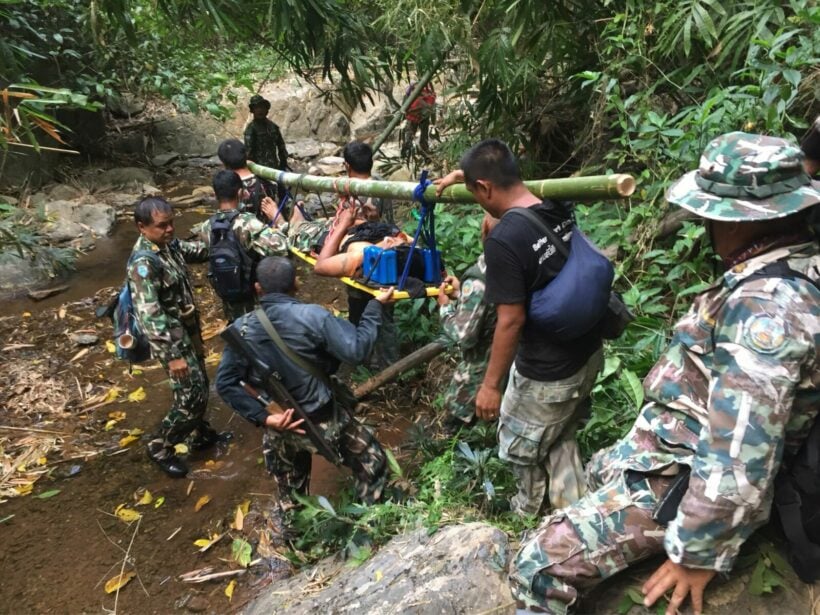 A wild bull charged at a group of five park rangers patrolling in Tat Mok National Park in Phetchabun province on Sunday afternoon. The bull hit squadron leader Woraphot Piraksa head-on, knocking out some of his teeth and injuring his face, mouth and body. Team member Jiraphong Nakrabum was also injured. The team made it to Phetchabun hospital by Sunday evening after another team of rangers rescued them.

A helicopter rescue was out of the question as the team were a two and a half hour walk away from the nearest landing spot. The ambulance sent by National Park chief Thongchai Rajabuakaw parked as near as possible, 5 kilometres away.

Wild bull attacks are a real threat to park rangers. In September last year, forest ranger Nakorn Sriruang was killed by a guar when it attacked him and his squad in Khao Yai National Park.

Noble_Design
Time for some steak

The Backpacker Murders Of Koh Tao. What Really Happened There?