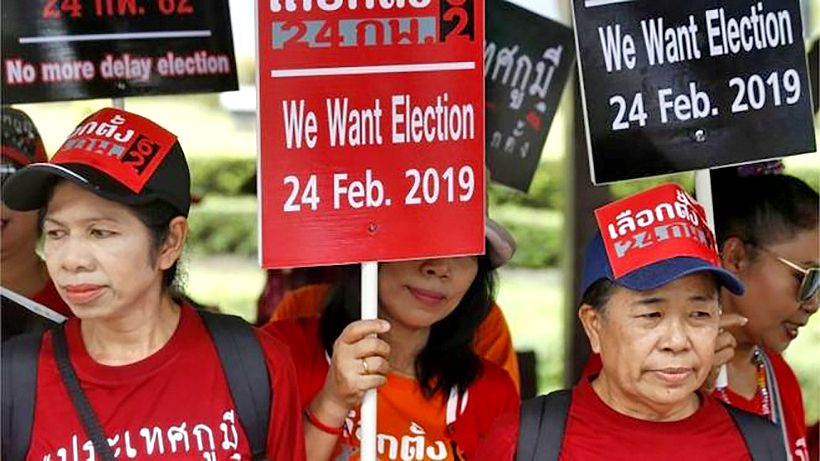 Thai PM Prayut Chan-o-cha is making it clear that the Election Commission (EC) are the sole authority to decide whether or not to allow foreign observers to monitor the election scheduled for February 24, 2019.

But, Gen Prayut insisted that Thailand must solve its own internal problems to ensure transparency and fairness in order to restore international community’s confidence in Thailand.

Asked by a reporter if there will be any problem if international organisations ask to come to observe the election, the PM had nothing to say but politely nodded.

He said the EC will need to decide whether any foreign observers will be welcome.

His comments follow yesterday’s comments from the Foreign Minister Don Paramudvinai when he reiterated that it would not be necessary for foreign observers to monitor the election.  Don said holding elections is “internal affairs of Thailand, which is capable of holding them without needing help from foreign observers”.

The minister, however, claimed he had no objection if any of the foreign embassies here wants to send its staff to observe the election, but it must notify the Election Commission in advance.

Meanwhile, Democrat Party leader Abhisit says that allowing foreign observers to monitor the election would lend it more credibility and would help improve the government’s image.