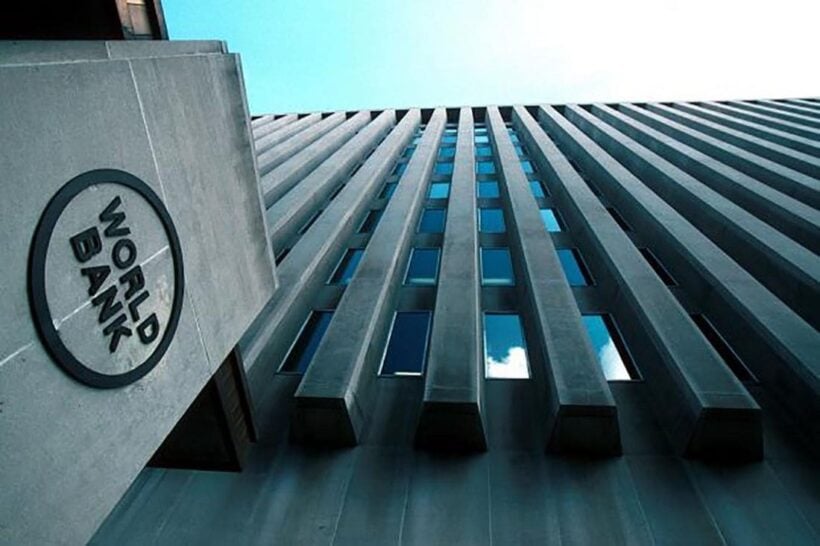 The World Bank has declared that Thailand’s ranking in ease of doing business has dropped to 27th, one place down from last year’s 26th place.

Thailand’s Ease of Doing Business (EODB) score, an absolute measure of the country’s progress toward global best practice, reached 78.45 this year, up from 77.39 last year. But some of the other countries above it performed even better, forcing Thailand down one notch this year.

Thailand remains among the top 30 of the 190 economies in the EODB ranking, according to the World Bank Group’s Doing Business 2019: Training for Reform report.

“Doing Business 2019 is the 16th in a series of annual reports investigating the regulations that enhance business activity and those that constrain it.Doing Business presents quantitative indicators on business regulation and the protection of property rights that can be compared across 190 economies—from Afghanistan to Zimbabwe, and over time.”

A police officer was arrested for allegedly firing shots in an Isaan restaurant, killing a married couple and severely injuring his ex-wife. 44 year old Aram Sangchai is facing charges of premeditated murder.

Aram had just returned home to the Isaan province Buri Ram from Bangkok after working with a police unit at the November 27 pro-democracy protest. The Bangkok Post says Aram “stormed” into the restaurant with a handgun and opened fire. He waited at the restaurant and surrendered to police.

The victims were taken to the Non Suwan Hospital where Jaran and Somkid Sukwong, ages 42 and 37, were pronounced dead. Aram’s ex-wife, 42 year old Nucharin Kaewchaturat, was transferred to Buri Ram Hospital and is in serious condition.

3 children were injured when a carnival ride malfunctioned at the Hua Hin Red Cross Festival in Prachuap Khiri Khan. The required safety certification was not submitted and local officials are investigating, according to Mayor Nopphon Wutthikul. Carnival rides now are closed for the duration of the festival.

“Preliminary inspection revealed that they had yet to submit safety certification signed by licensed engineers from related government agencies. We will further investigate this matter to find out if there was misconduct by any official.”

The children were on an octopus amusement ride when the hydraulics system failed. Children rode in colorful cars attached to arms that arch and connect to a central axis, resembling the shape of an octopus. The central axis spins and goes up and down.

10 children were on the ride around 10pm Friday when the hydraulics system broke, according to the festival organiser Pannee Klomtheri. A Facebook user made a post saying she saw the ride collapse. Pannee says the injuries are not serious.

“Three children were injured and were sent to Bangkok Hua Hin Hospital with some bruises. Doctors said all the kids are now fine. There was no death caused by the incident.”

Pannee says the octopus ride and other nearby rides will be closed while local officials inspect the site. The festival ends on December 6. 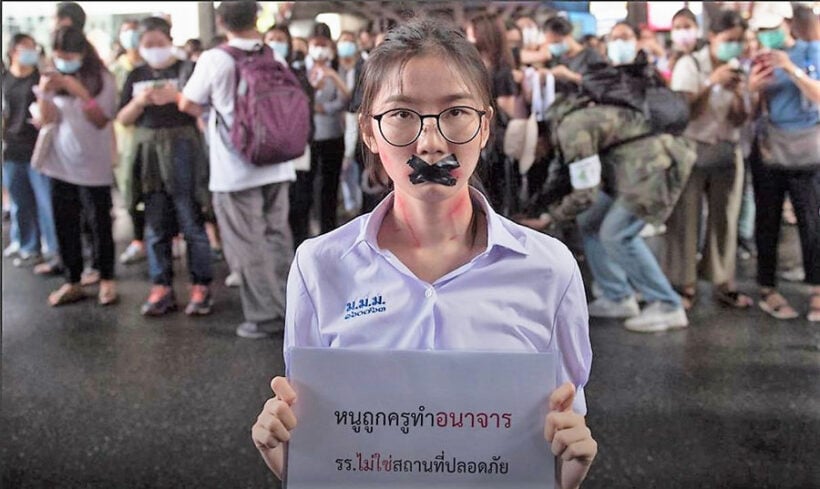 Her mouth taped shut. Red marks around her neck. Dressed in a schoolgirl uniform, a woman held a sign saying “A teacher committed sexual abuse against me. Schools are not safe.” The photo from a recent pro-democracy protest quickly spread online, drawing criticism from some while others say reform is needed to end sexual abuse and harassment in Thai schools.

Some social activists say the justice system does not fairly treat victims who report sexual abuse and harassment. Thai women’s rights activists have recently been seen at protests calling on an end to “victim blaming,” saying that women are often blamed for sexual assault and even rape because of the way they dress.

At schools, many executives do not thoroughly investigate abuse allegations due to fears that it could damage the school’s reputation, Supensri claims. She says the perpetrators rarely face any punishment and the victims are stigmatised, with some dropping out of school due to embarrassment.

Sexual crimes in schools are seldom reported to police, according to police superintendent of the Children and Women’s Protection Subdivision, Jiraklit Jarounapat. He adds that those abused by their teachers don’t report the abuse because they’re afraid about repercussions like getting a bad grade in class.

Commander of the Anti-Trafficking in Persons Division, Siam Boonsom, says the majority of students who reported abuse say their teacher violated them during a field trip or extracurricular activity outside of school.

“Parents shouldn’t let their children attend activities outside of school for long periods of time, or go on trips with their teachers alone.”

Supensri adds that children need to be educated at an early age about predatorial behaviour to prevent themselves from becoming a victim of sexual harassment and abuse. She says children in kindergarten should be taught to recognise inappropriate behaviour while older children should be taught on how to report abuse.

“Safe spaces must be created in public places and schools should be equipped with alert systems that can be triggered when an emergency occurs.”