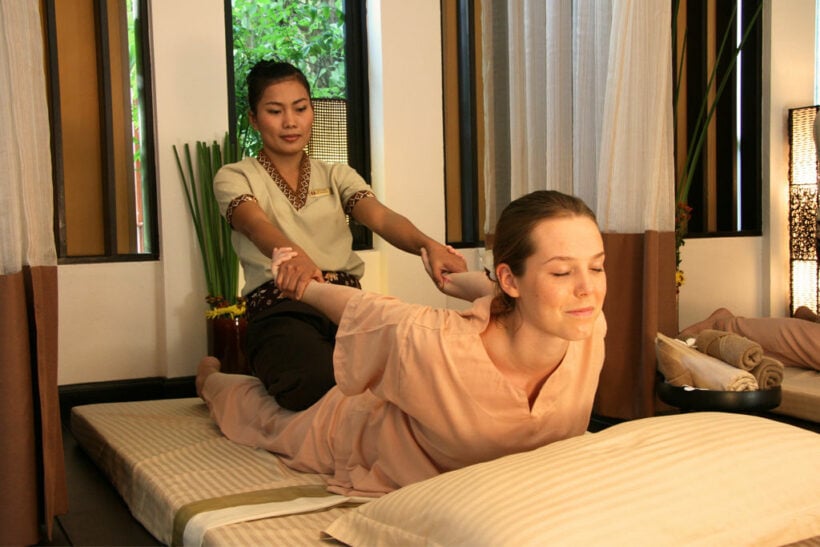 The body-bending, bone-crunching, sharp-elbows and karate-chopping of Thai massage could soon be added to UNESCO’s prestigious heritage list. If you’ve ever walked a street in the kingdom, you’ll have been greeted with invitations for “massaaaaarge!”

From upscale Bangkok spas to streetside shophouses in Pattaya and Koh Samui, “nuad Thai,” or Thai massage, is everywhere. An hour of the back-cracking specialty can cost as little as US$5 or a whole lot more at the specialist spas hosted by many of the country’s high-end hotels.

Now, it may soon be added to UNESCO’s list of “Intangible Cultural Heritage” when the organisation meets in Bogota later this week.

40 year old Krairath Chantrasri, who teaches massage at the Reclining Buddha School in the famed Wat Pho temple in Bangkok, helps thousands of Thai and foreign students who flock to the centre every year.

“I’m a continuation of our collective knowledge.”

Thai massage or “Thai yoga massage” is a traditional healing system combining acupressure, Indian Ayurvedic principles, and assisted yoga postures. The idea of Shen-lines alias energy-lines was first used is “Thaiyoga Massage”. These are similar to nadis as per the phylosophy of yoga by Gorakhnath. – Wikipedia

At Wat Pho and across the country, trainees learn a catalogue of moves targeting acupuncture, nerve and muscle points with thumbs, elbows, knees and feet, combined with deep stretches and contortions.

Like ‘kung fu’ in China, doctors and monks are said to have brought these methods 2,500 years ago from India to Thailand, passing secrets down from master to disciple in temples, and later within families.

Thai massage really took off in 1962, thanks to the creation of the famous Wat Pho school, which has trained more than 200,000 massage therapists, who now practice in 145 countries.

The school’s director Preeda Tangtrongchitr says… “For many people who are disabled or in debt, this job is an opportunity because it requires no material, only their hands and knowledge.”

Therapists at a high-end spa can charge around US$100 an hour in Thailand these days, but two or three times more in London, New York or Hong Kong, where Thai massage is booming.

Ride-hailing service Grab to be legalised in Thailand