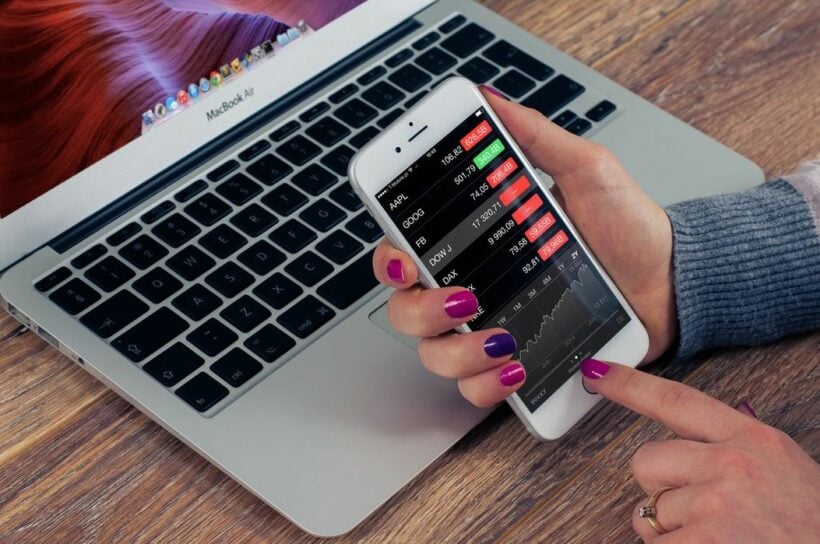 After a cyber scam surge involving Siam Commercial Bank earlier this month, police are warning the public of increased smartphone and call centre scams. Police say they are stepping up efforts to track down such criminals who have sent messages that ask for respondents to send their bank account information in an attempt to steal their money and identities.

Since 2009, the number of internet users in the kingdom has increased almost 3 fold, making it a prime opportunity for scammers to steal private information, as more than 1 in 5 online activities involve a financial transaction of some kind.

The need for increased monitoring has been made clear after 29 SCB customers received an SMS after they contacted its call centre, telling them to send back their 13-digit ID number and a 1 time password or OTP. The scammers then used their information to sign up to a mobile banking app in which they used to transfer funds out of the victims’ accounts into their own.

SCB is the only bank that reportedly allows the use of its mobile app on more than one device. After the breach, the victims filed complaints with the Police Cyber Taskforce, with its chief promising a full investigation. But upon trying to fix the issue, some users say they were further scammed.

23 year old Thanawat Saengphet, said he had contacted SCB to change his address with the bank, only to receive an SMS asking him to update his information by clicking an attached link. As the SMS was sent to him only 30 minutes after contacting the bank, he assumed it was sent from the bank. He then proceeded to provide his name, ID number and OTP. However, upon logging into his account the next morning, he found that 20,000 Thai baht was missing from his account.

Police arrested suspects from at least 3 groups that were linked to scamming bank customers’ information, with a number of Vietnamese nationals being accused of stealing 200,000 Thai baht from 8 victims.

But the operation to steal identities is not limited to only the Vietnamese as Chinese, Taiwanese, and even Thai nationals were also linked to similar crimes leading to multiple arrests.

Police say they are investigating links between the groups as they think they may be part of the same criminal network, as all victims received fraudulent SMS messages after contacting the SCB call centre. Police say the criminals had wired the victims’ money to other countries in which they are currently investigating which countries are involved in the scams.