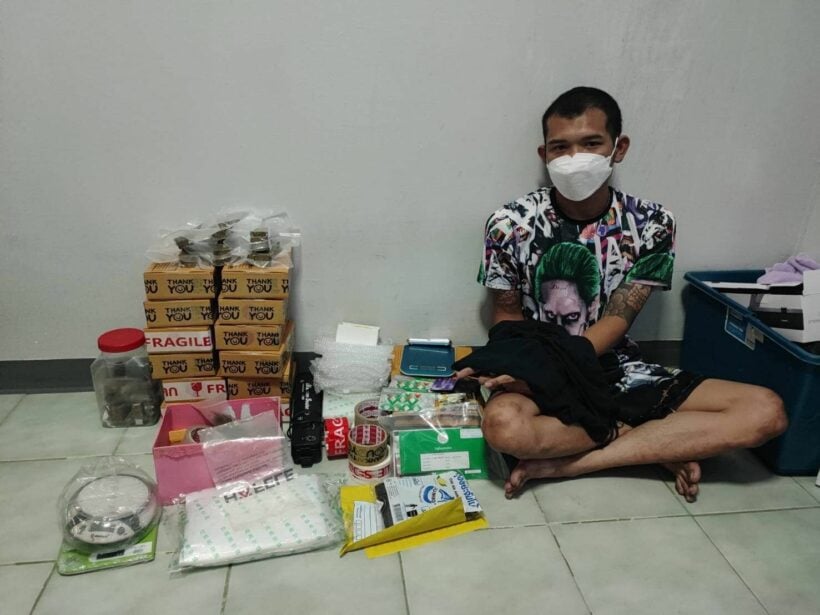 Police arrested a man in a post office yesterday in the central province of Samut Prakan after being tipped off that he was selling marijuana via Facebook and Line and sending it to customers through the post. The man’s regular customers were granted entry into a special Line group and sent a Buddhist amulet with their brick of marijuana as a one-off gift for their loyalty upon entry. The 21 year old made an average of 75,000 baht per month selling the drug online, reports say.

Tossawan Chantri was arrested in a post office while holding a box containing 2.5 kilograms of Thai “brick weed,” which is cheap marijuana dried and compressed in a brick form, usually seized in the Golden Triangle region.

A Facebook user called “Isan Kiaew See Song Soon” (or Green Isaan 420) was advertising his services in various Facebook groups, which ultimately led to his arrest as members of the public complained about the account to local police, who somehow managed to track the account to Tossawan.

Tossawan advertised his services on Facebook and would tell potential customers to add his Line account, @Ballweed.420. Tossawan would add customers to a Line group called “Bang Kiaew,” which had about 100 members. Regular customers were granted entry into a separate Line group called “Job Ngan Sahai Kiaew Group” which had around 40 members. Upon entry to the second group, Tossawan would send a free Buddhist amulet with the order through the post as a thank you gift.

Tossawan told police he began using drugs when he lost his job in November last year. He would buy marijuana through Facebook and sell just 1 or 2 grams of it at first. Then, Tossawan realised how easy it was to make money selling drugs via social media, so he expanded his business. Soon enough, Tossawan was making 75,000 baht per month, which he said he spent on his family and on online gambling. 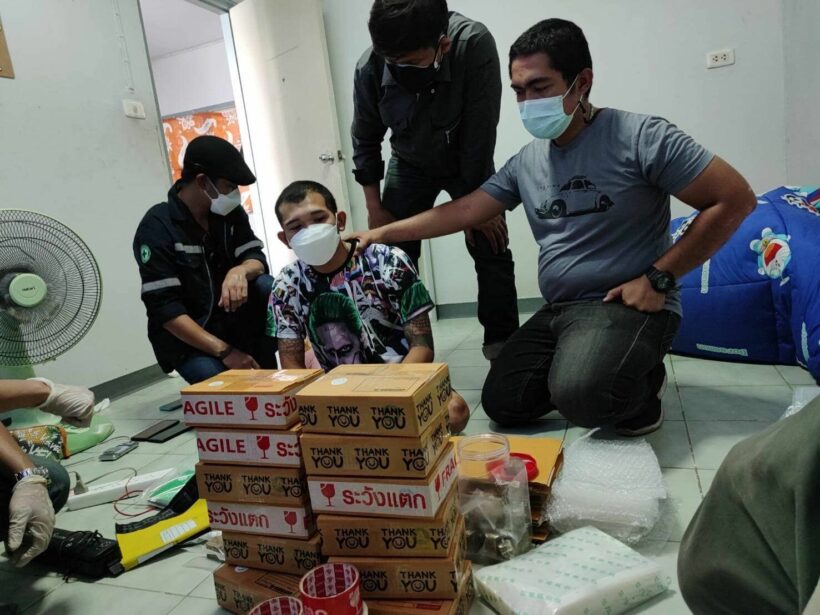 Soidog
Now this is more like it. Proper police work. Lots of money splashing around. None of this investigating suicide or murder of some 80 year old nonsense. Show me the money…