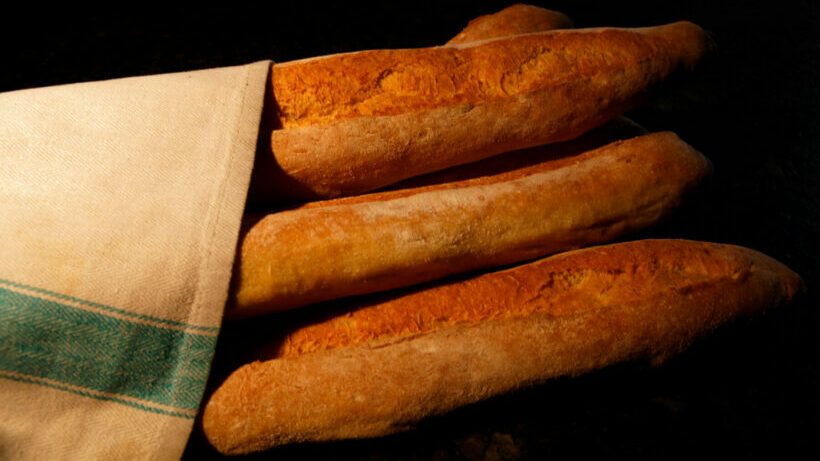 A manhunt is underway by the Immigration Bureau after a video surfaced of a man, believed to be a foreigner, who allegedly used his feet to prepare bread for packaging. The video was supplied to the IB and they responded that they will search for the suspect. It was not clear what charges the man may face for his foot faux pas.

The video that captured the incident allegedly shows a foreigner of unknown nationality placing his feet on bread before the bread is finished being packaged and sold. Naew Na says the incident is unhygienic, but what really irks Thais is that the man allegedly put his bare feet on food. Showing someone your foot or pointing it at someone, especially the bottom of it, is considered indecent in Thailand as it is the lowest part of the body, and the farthest from the head, which is considered the cleanest part of the body.

The report from Naew Na went on to say that the Thai public demanded to know if the foreigner was legally allowed to be in Thailand and questioned if he had a work permit or not. The graphic images can be seen here. The IB says they will leave no stone unturned looking for the bread defiler. Concerned citizens can call 1178, or visit the IB website here if they have information about the perpetrator, or presumably recognise him or his feet.

ThailandBob
Because he kneeded the dough.

JohninDublin
My guess is that he works for Subway and makes "Footlongs"
DrBongo
Folks on the Thaiger Facebook group for this post have identified this as a story from India that is quite old. They posted videos of the perpetrators perpetrating. Just another phony thing for people to get in a twist over.