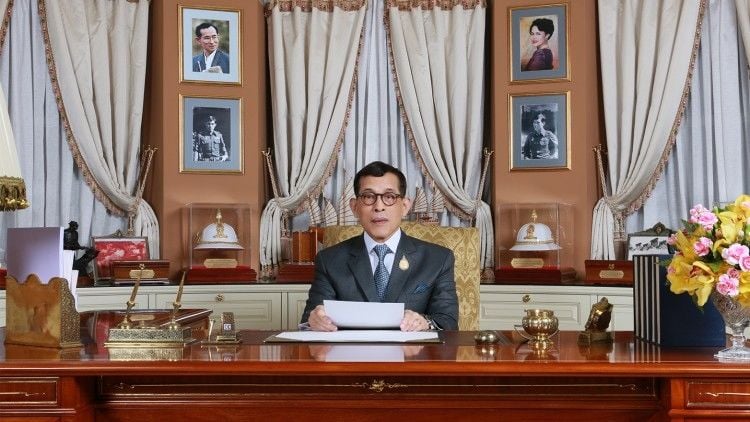 His Majesty King Maha Vajiralongkorn has commemorated the Gregorian new year and given his blessings and best wishes to the Thai people for 2020.

His Majesty conveyed his blessings and good wishes for “a healthy body and cheerful mind, bright intelligence, strong faith and conscience to behave oneself under the guidance of morality, ethics and moderation, and determination to contribute to the nation and society” in a live address from the Amporn Sathan Throne Hall, Dusit Palace.

“In undertaking any work, mistakes are often unavoidable. However, one must learn from those mistakes and use them as lessons for oneself, others and society to improve the working process. The experiences, knowledge and skills accumulated from these lessons will help in controlling oneself and avoid repeating mistakes, resulting in a bright future and true prosperity.”

“May the Holy Triple Gem and all the sacred things that you revere, as well as the virtues of His Majesty King Bhumibol Adulyadej the Great, protect your families and bless you with good health and happiness throughout the year 2020 and forever.” 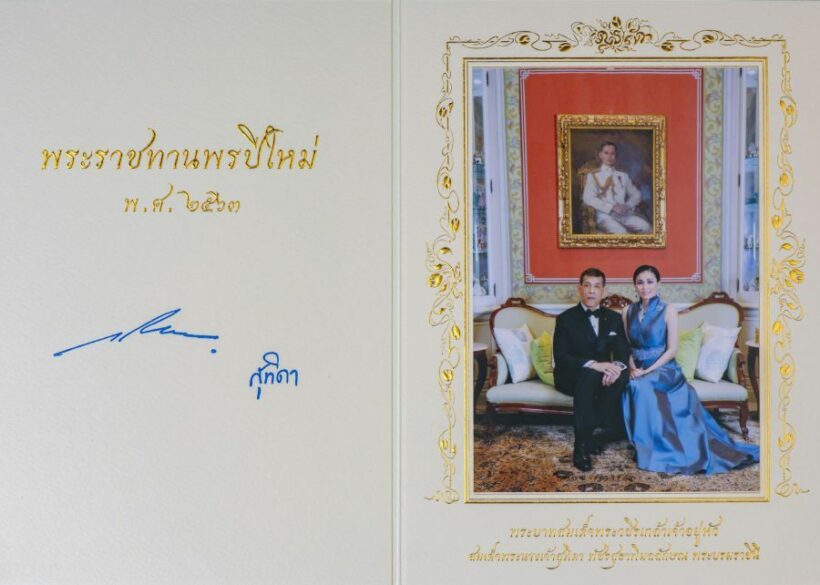 Greenback falls below 30 baht to the USD 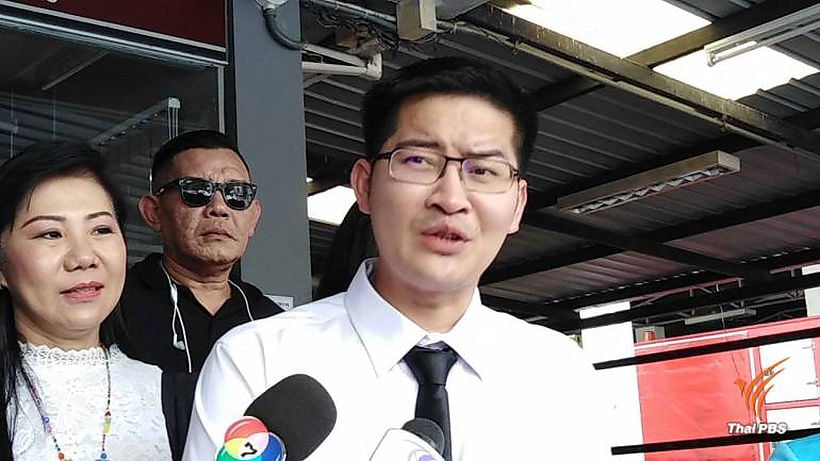 A controversial Thai MP is proposing licenced brothels and sex shops as a way of addressing the problem of sexual abuse in Thailand. Mongkolkit Suksintharanont, leader of the Thai Civilised Party and a member of the House committee studying ways to reduce rape and other sexual violations, commented in a Facebook post that he would raise the proposal with committee members at their meeting yesterday.

Explaining his logic, Mongkolkit commented that humans, by nature, are sexual creatures, and laws and cultural norms regulating sexual activity are artificial and make humans different from other animals. He says that most rapes are perpetrated by men to release sexual tension, adding that offences are committed in families, in workplaces among colleagues and even in schools among classmates, and that rapes reported to police are a fraction of those actually committed.

He claims his idea of state sanctioned brothels and sex shops follows the Swiss model, adding that it could help reduce rape and corruption among officials for turning a blind eye to Thailand’s illegal sex trade. 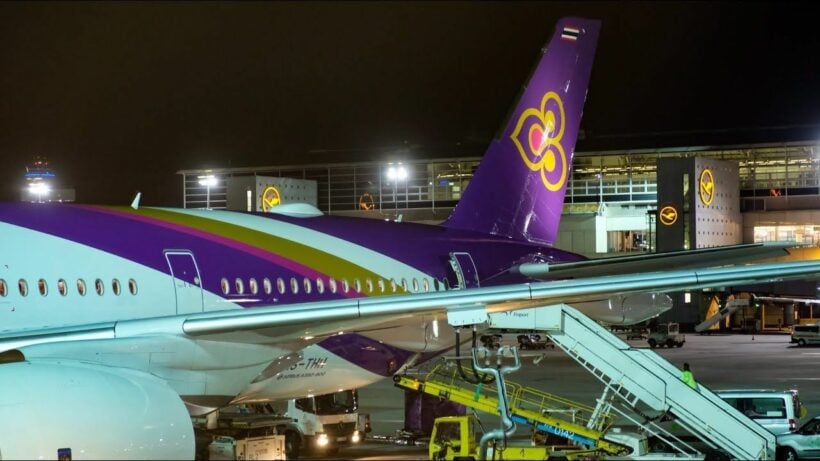 A Thai Airways International pilot, flying for Thailand’s national flag carrier, is currently being investigated by Germany’s BFU (Bundesstelle für Flugunfalluntersuchung), the country’s civil aviation investigators, for flying a Thai Airways plane below the standard altitude as the flight he was piloting, was approaching Frankfurt International Airport. The flight had originated in Phuket.

The incident has been related through the Outsider’s Aviation Facebook page.

The Thai Airways branded Airbus A350-900 direct flight from Phuket to Frankfurt, was approaching Frankfurt airport at a reported altitude of 800 feet above ground, which was below the standard safe minimum altitude for approaches to Frankfurt International Airport.

The pilot took the decision to initiate a go-around and took the plane up to about 5,000-feet before lining up for a second attempt, and landed successfully. The plane landed safely on 07R runway about 15 minutes after the first attempt.

Despite the safe landing, the BFU says the incident is “a serious violation of aviation safety standards” and ordered an investigation. The identity of the pilot has not been disclosed. 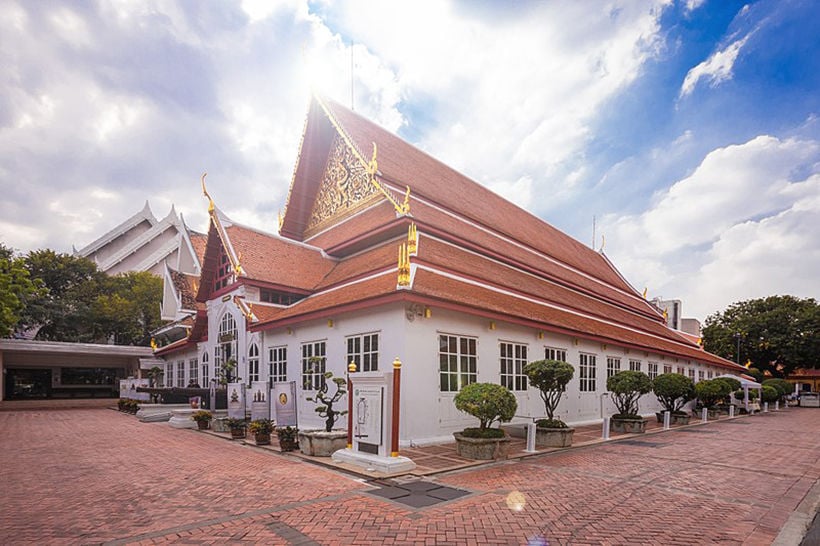 NACC secretary-general Worawit Sukboon says that the anti-graft agency suspected that Mr. Nopparat could involved in corruption related to funding allocated for the renovation of Wat Pananchoeng during five years ago. He noted that the assets that Nopparat and his wife declared to the NACC The assets including land, houses, vehicles and life insurance policies that the NACC consider disproportionate to their actual incomes.

Ms. Supa Piyachitti has been leading a probe team investigating the couple’s usual wealth and discovered even more assets held in the names of their relatives and other people.

98.6 million baht in assets under Nopparat’s name including…

196m baht of assets are in Mrs. Pattanan’s name…

• land in Chanthaburi province worth about 760,000 baht

131m baht of assets held under the name of Nopparat’s ex-wife, Mrs. Tharinee…

• one car worth about 1m baht

26.7m baht of assets held in the name of a son, Thanarat Ditwatcharapaisarn…

68 million baht of assets held in the name of a daughter, Ms. Pimpassorn Ditwatcharapaisarn…

The NACC secretary-general says their officials have seized assets worth 176 million baht so far, adding that the agency has asked the Office of the Attorney-General to file charges against Nopparat and seven other people with the Criminal Court for Corruption and Misconduct Cases.

Street food returns to the streets of Bangkok in four districts