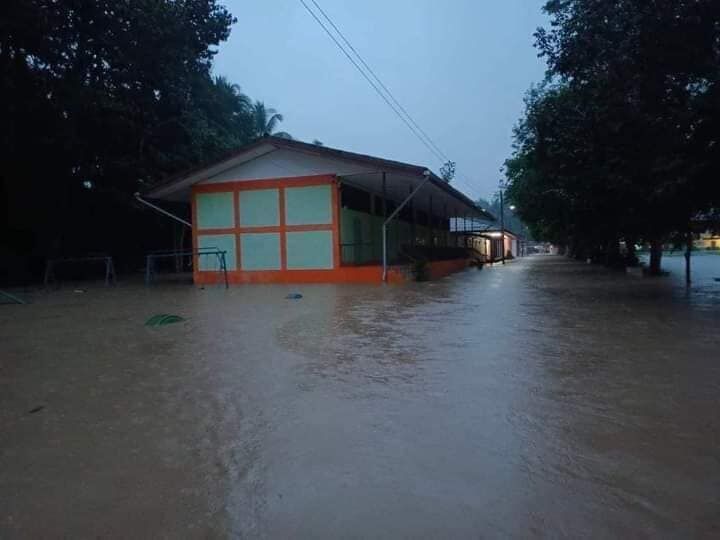 Last night, villages in three districts in Southern Thailand’s Surat Thani province were hit by flash floods due to heavy rain and local rescue teams along with the military assisted residents in moving their belongings to higher ground.

At Moo 11 village, a vehicle from the Zone 11 Disaster Prevention and Mitigation office served as a mobile kitchen, preparing food boxes for distribution to impacted residents. The route between Khian Sa and Phra Seng was flooded and impassable to any vehicles.

At Moo 1 village in Tambon Aranramwari, Khian Sa district, about 100 residences, and the Ban Huay Mud School were flooded.

The governor said that a central shelter for flood-affected people will be established at Ban Sai Ngam School in Phun Phin district’s tambon Tha Kham.

He claimed the provincial irrigation office had been told to build propellers at the highway 420 bridges across the Tapi and Phun Phin canals to help force water from the Tapi river towards the sea.

mickkotlarski
More and more provinces that never flooded or had minor flood spots are not flooding. Goes to show what producing concrete jungles yield.