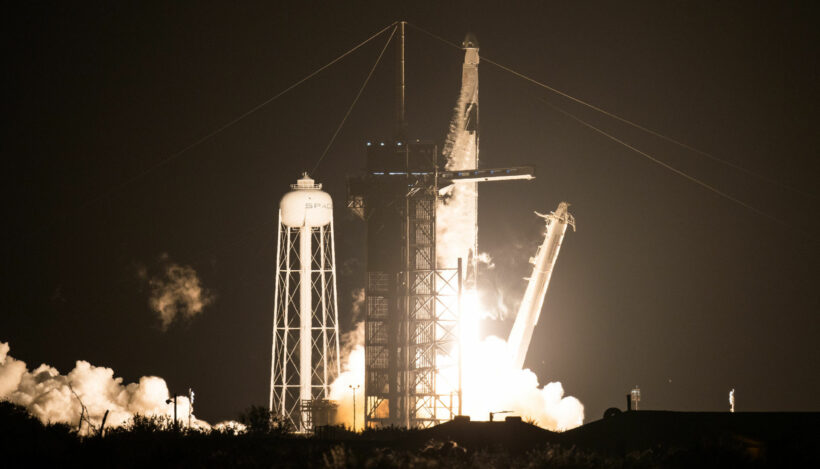 Astronauts orbiting the Earth on the International Space Station are going to plant Thailand’s national tree and study how the plant, known as the Golden Shower (yes, we know…) for its yellow hanging flower clusters, grows in an environment without gravity.

A SpaceX Falcon 9 rocket carrying 4 astronauts as well as the seeds and supplies for the project was launched yesterday from the Kennedy Space Center in Cape Canaveral, Florida. It was also the first time NASA has sent crew into space using a commercial spacecraft.

370 Ratchapreuk (Cassia Fistula Linn) tree seeds as well as basil seeds were sent to the space station as part of the ongoing Asian Herbs in Space, or AHiS, research project in collaboration with the Japan Aerospace Exploration Agency, or Jaxa. Over the next 4 months, researchers will observe how the plants grow without gravity. The plants will then be sent back down to Earth and returned to Thailand.

While astronauts plant the seeds in space, Thailand high school students will be planting the seeds on Earth in collaboration with Thailand’s National Science and Technology Development Agency, or NSTDA.

The spacecraft is expected to dock with the International Space Station around 11am Thai time today, after a 27 hour journey.

That will be followed by an in-space welcome ceremony. NASA astronauts Michael Hopkins, Victor Glover, Shannon Walker, and Soichi Noguchi from Japan, will be able to leave their spacecraft for the first time since mid-afternoon Sunday. They’ll join Russian and American astronauts who are already onboard the ISS. They arrived last month on a Russian Soyuz spacecraft.

The docking marks the end of the first leg of a landmark mission for both NASA and SpaceX, who have been working together for last 10 years to return human spaceflight capabilities to the US after it’s dropped most of its manned space program and allowed the private sector to innovate new ways of getting back to space.