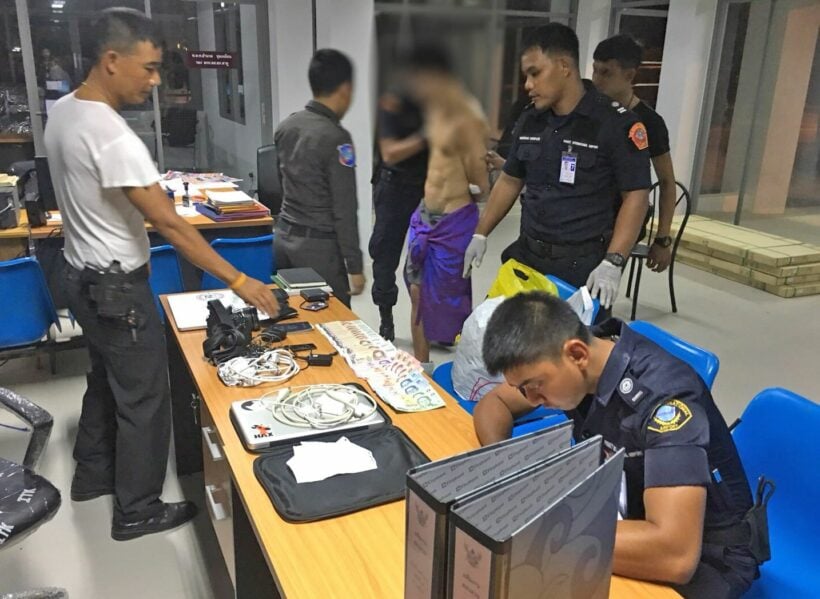 Phuket International Airport has issued an explanation letter today (January 7) regarding a video of a distraught naked man who went berserk in the international terminal. The South Korean passenger admitted that he had taken too much Viagra. The airport insisted that the officers arrested him harmlessly.

At about 11pm on January 4, the 27 year old South Korean national, who holds an American passport, removed all his clothing in the international terminal while waiting to fly from Phuket to Incheon International Airport at 11.30 pm.

He was found naked in front of the toilet behind the passenger screening point. Six airport security guards together with Saku Police officers, tourist police officers and staff from the tourist centre of the airport, rushed to the scene and tried to convince him to calm down. However, the task was made more difficult as he started to defecate on the floor, grabbing his faeces and throwing it at the officers and staff as well as other passengers. He also destroyed valuables of the airports and the retail shops around.

“To control the situation and to prevent any danger that might happen to other passengers, the officers had to arrest the man. The officers brought him to the walk way on the north side of the terminal to avoid other passengers and managed to calm him down at the Tourist Centre on the 1st floor.

“When he regained his composure he admitted that he took too many Viagra pills and lost consciousness. He accepted responsibility to reimburse for any damages that he caused. His trip to Incheon was cancelled and he was brought to Saku Police Station for further investigation,” according to the letter from Phuket International Airport. 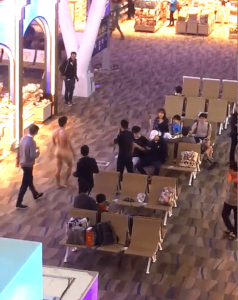 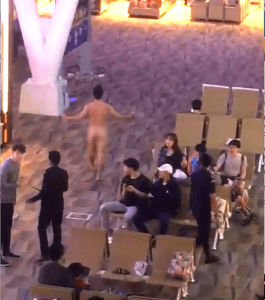 “However, we would like to insist that the officers did no harm the man when arresting him and a strict code of conduct was followed. All of the security officers are well trained, following international standards, and work alongside local police, tourist police, Ministry of Tourism and Sports, the AOT, consuls and embassies.”

After he was investigated at Saku Police Station, police decided that he needed further medical attention and was transported to a hospital for further examination.

For assistance with any mental health issues or if you know anyone who is in need of professional assistance, please contact ‘Samaritans of Thailand’ on 02 713 6791 (English) or 02 713 6793 (Thai). You can also call the Thai Mental Health Hotline on 1323 (Thai language).