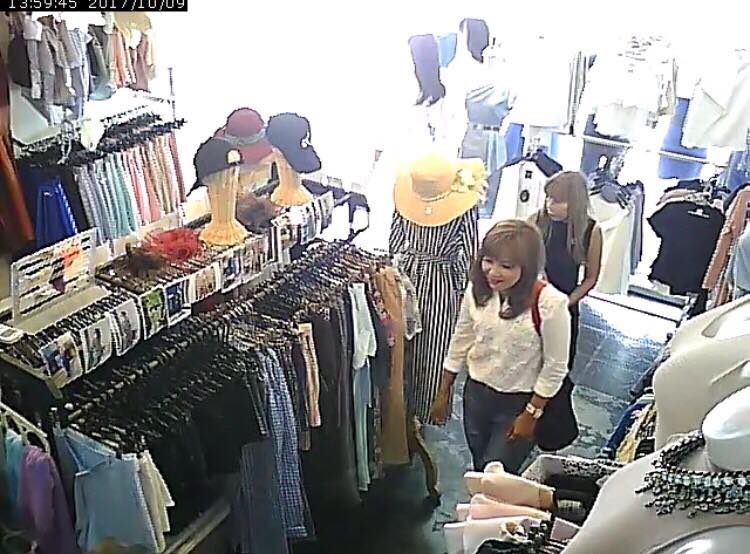 A clothes shop in Expo named ‘Perdsakad’ had clothes stolen by two women pretending to be customers. The CCTV camera at the store clearly recorded their identity.

The footage shows that two women entered the shop. One of them was talking to the staff while the other walked to the corner of the shop and grabbed 4 pieces of clothe which took about 10 minutes. The footage was posted on social media to search for the thieves.

The shop owner, Jianmanee Suknikom, says that the incident happened while she was not at the shop. Only one member of the staff was present at the time.

“There were two women, the one wearing white shirt who stole clothes is a customer from before. She used to buy clothes here once. She told the staff that she brought her friend who wears black shirt in the footage. The four items she stole were worth about 2,300 Baht and I believe they have done this before as it took them very little time and they didn’t leave a trace of stealing. They even took the hangers with the clothes,” said the owner.

“I realised 3 hours later that the clothes were missing as my customer wanted to buy those items from my online channel. I checked the CCTV footage and found that it was them. After checking one of the women Facebook, I also found that she was wearing my clothes and made selfie on her personal account.”

“I would like to warn all clothes retailers to be careful of these thieves and always keep an eye on a group of customers especially those who come with big bags.” 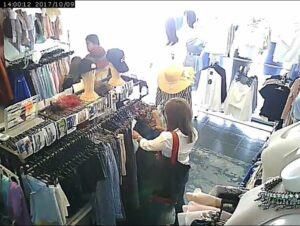