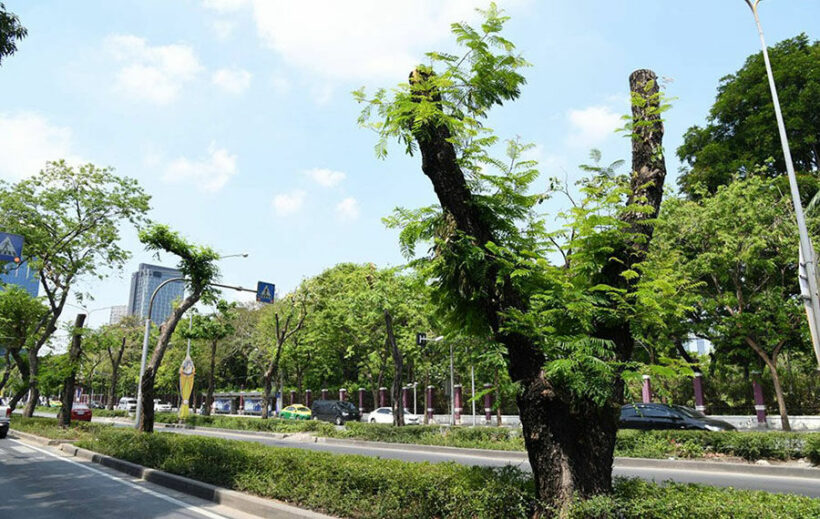 The Bangkok Metropolitan Administration has come in for some flak after some over-enthusiastic pruning of the city’s trees. Some of the city’s green shade was cut back to bare, ugly stumps.

A report in the Bangkok Post says trees along Witthayu Road, near the city’s famed Lumpini Park, have been chopped down to their lower trucks. A similar fate has befallen the trees in the city’s swish Sathorn district, along Charoen Rat Road and Chan Road.

With a local conservation group taking to social media to share photos of the botched tree trimming, the BMA has come in for some harsh criticism from, well, everyone. The trees are the Burma Padauk variety, known as “pradu” in Thai.

“Burma padauk is a tree native to the seasonal tropical forests of southeastern Asia” – Wikipedia. 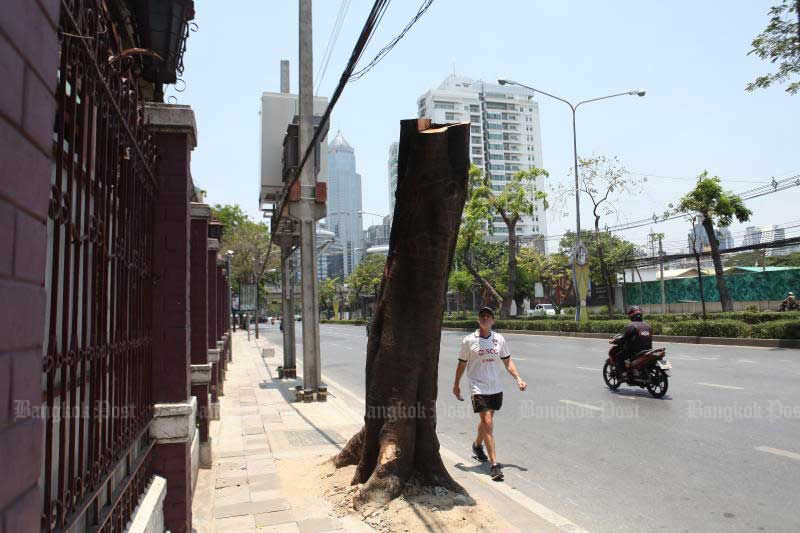 Speaking to the Bangkok Post, the co-founder of conservation group Big Trees, Oraya Sutabutr says she fears the BMA is not hiring professionals to maintain the city’s trees properly.

“Usually, we would only cut off the dead parts, but these pictures clearly show that healthy branches are being pruned. The BMA’s claim the trees will grow back is untrue. Trees that are cut too much will get weaker and die eventually.”

The group wanted Bangkokians to remain vigilant about the issue, with the green foliage welcomed when trying to minimise the heat.

She adds that pruning trees so severely could also cause them to topple in strong winds, blaming officials for not ensuring the work is carried out by trained professionals. Ms Oraya has now pledged to liaise with the Bangkok Governor to manage the situation and prevent any further damage to the city’s trees.