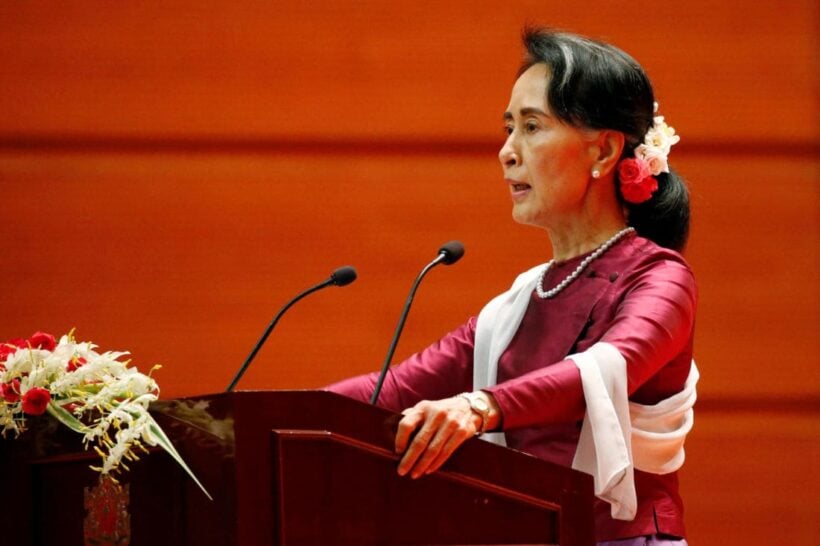 Myanmar ‘State Counsellor’ Aung San Suu Kyi is heading to Bangkok to attend this weekend’s 34th Summit of the ASEAN. It’s believed the Rohingya refugee crisis will be a hot topic for discussion at the Summit.

Myanmar’s state-run media report that Suu Kyi was invited by Thai PM Prayut Chan-o-cha, who is hosting the two-day event as chair of ASEAN for this year.

Meanwhile ASEAN’s muslim-majority countries are planning a ‘firm tone’ in their in-Summit discussions when it begins on June 23.  The firm tone is a departure from ASEAN’s usual mild attitude toward Myanmar, based on the group’s principle of non-interference in each other’s internal affairs. Other ASEAN members say they have lost patience with Myanmar over the slow progress on serious human rights violations, which have been condemned by UN investigators as “genocide”.

Muslim-majority nations in the region such as Indonesia and Malaysia are believed to be driving the criticism against Myanmar.

Suu Kyi has been under fire internationally over her down-beat response to the plight of the Rohingya. Among the ASEAN membership, Malaysia has been particularly critical of her failure to tackle the problem. Her response, so far, has been to side with Myanmar’s military or no response at all.

Suu Kyi says that she has already met with diplomats from member ASEAN nations – Laos, The Philippines, Thailand and Vietnam, and the ASEAN secretary-general Lim Jock Hoi. The Secretary General led an assessment team on a visit to Rakhine late last year.

An estimated 750,000 Rohingya fled the Rhakine state in Myanmar over the border into neighbouring Bangladesh since August 2017 amid well-documented allegations of atrocities committed by Myanmar’s military. The purge attracted broad support from the Buddhist-majority Burmese people.

Myanmar’s ‘puppet’ President Win Myint has also been invited to the Summit.