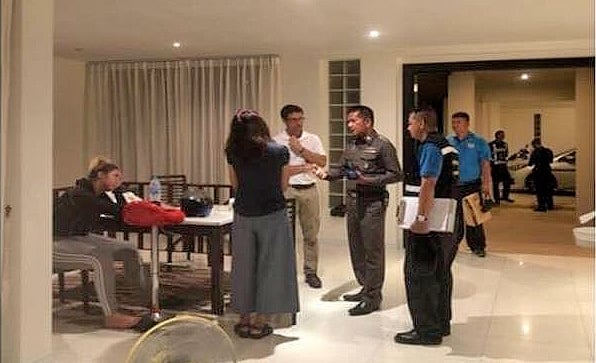 On March 4 at 5 am, the 7 people allegedly forced the victim to go with them from an entertainment venue in Soi Bangla, Patong, and took her by motorcycle to Soi Yod Sanae in Chalong.

They physically attacked her and accused her of stealing 5,000 Euro from them. The group also allegedly threatened her and her family by sending a video of her being kidnapped to her family in France asking them to pay them 5,000 Euro to save her life and her freedom, otherwise she would be killed. The family was very frightened and transferred the money to them. She was freed at noon of the same day.

Her family contacted the French Embassy in Thailand and the Embassy representatives invited her to discuss the case and press charges at the Chalong Police Station.

“After receiving the report, Chalong Police, Kamala Police, Tourist Police and Forensic Police went to collect evidence at the scene. We searched the accommodations around and found them at an accommodation in Kamala,” said Chalong Police Station Superintendent, Pol Col Prachum Ruangrong. 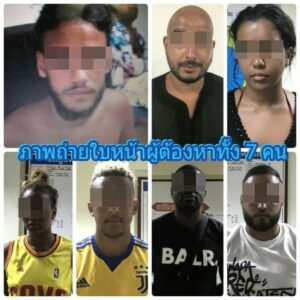