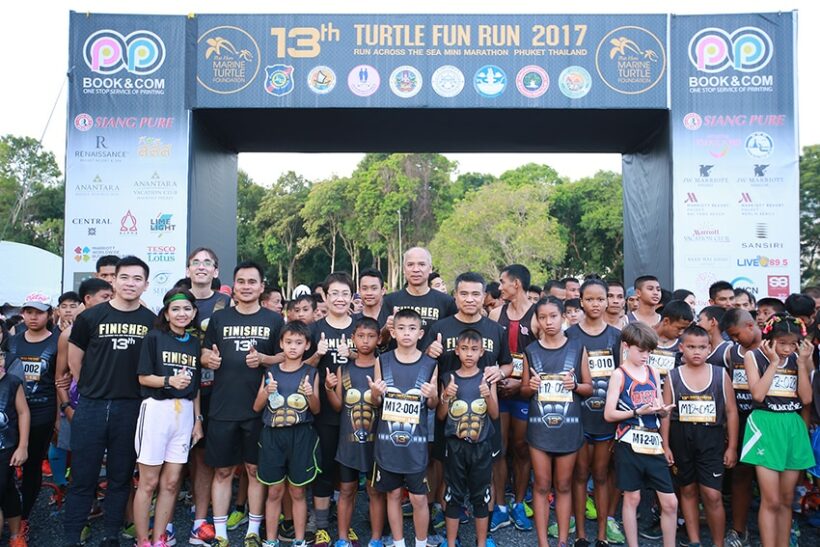 Before the race kicked off the Phuket Governor requested participants to rise to observe 2 minutes of silence in memory of His Majesty King Bhumibol Adulyadej. The atmosphere was incredible with local people taking part in the run for fitness along with a message of conservation of sea turtles. The 10.2Km runners made a history again by running across Sarasin and Thao Thep Kasattri Bridge to Phang Nga province and back. It was the second year that organisers used this route for the annual Mai Khao Marine Turtle Fun Run.

“Healthy people make for a healthy community. I am delighted to be part of this amazing event. Huge thanks also goes to the foundation owners the Minor group, sponsors, partners and hardworking volunteers. This event would not be possible without them”, said Oriol Montal.

The annual Turtle Fun Run and Mini Marathon, while also aiming to encourage healthy lifestyles, is a collaborative effort by the Mai Khao Marine Turtle Foundation and JW Marriott Phuket Resort & Spa to raise funds and awareness of the conservation work done by the Phuket Marine Biological Centre and its “The Injured Sea Turtle Rehabilitation Program” to rescue, rehabilitate and release (recovered) injured turtles, dolphins, whales and dugongs.

Phuket’s endangered sea turtles, which use Mai Khao Beach as a nesting ground, are facing multiple threats, their numbers having severely depleted in recent years. Commercial fishing kills thousands of them every year, while many more die from eating or becoming trapped in plastic debris littering the ocean.

The Mai Khao Marine Turtle Foundation was launched in March 2002 during the grand opening celebrations of JW Marriott Phuket Resort & Spa to raise funds and awareness of the endangered leather back turtles which nest on the Mai Khao beach area.

In recent years, the Foundation has broadened its environmental projects to not only conservation of the leatherback turtles but also the environment generally. Several village, reef and beach clean-ups have been conducted in collaboration with the local community, schools and universities. 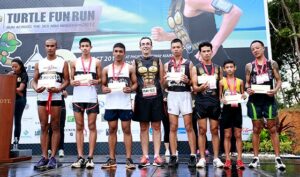 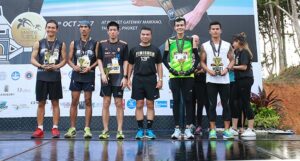