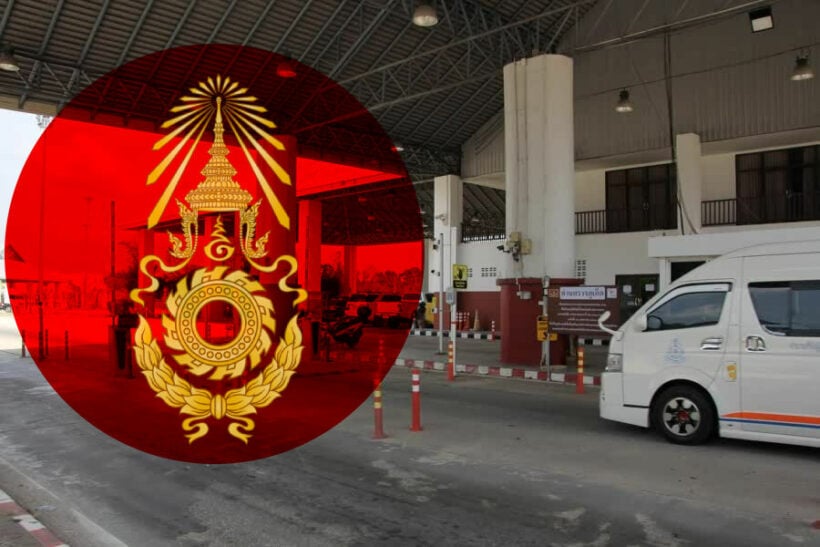 PHOTO: The Royal Thai Army will beef up security at Phuket's land checkpoint. (via National News Bureau of Thailand)

Following reports of insufficient security on the land borders into Phuket, the Phuket Communicable Disease Committee made the decision to have the Royal Thai Army assist in monitoring the Phuket Checkpoint at Tha Chatchai for Covid-19 safety. There have been concerns that the land crossing into Phuket is understaffed and not secure.

The committee meeting was Chaired by Phuket Governor Narong Woonciew and attended by the Vice Governor, the Chief of the Phuket Provincial Public Health Office, and the Director of Phuket’s main government hospital Vachira Phuket Hospital. They concurred to have the 41st Military Circle providing support for 3 months at the checkpoint entering Phuket.

Soldiers may end up in a rotation to extend the army assistance on the bridge, but any soldier manning the station will have been required to have been in Phuket for 14 days minimum, be fully vaccinated, and pass a Covid-19 test. This reinforcement of manpower is hoped to seal up a border rumoured to be porous by essential to be airtight.

Last week the government urged people to ignore a viral video they called fake news that showed cars and motorbikes passing through the bridge checkpoint without being stopped or checked. An official let slip later that they were understaffed and struggling to secure the land border.

And yesterday a delivery driver was stopped at the Phuket checkpoint using his friend’s vaccination stickers in order to drive back and forth into Phuket from Phang Nga without paying for tests. It appears that police declined to charge the driver with any crimes but they denied him entry into Phuket. They also contacted the man’s company of employment to tell them about the faked vaccination stickers, though it is unknown if the company was aware of the situation or not.

The Royal Thai Army assisting on the land crossing will run in parallel with the Royal Thai Navy, which has been assisting in securing the seas and ports of Phuket already. They are patrolling wide outer zones with large boats and using smaller vessels to check at-risk locations like fishing zones and waterways plus vulnerable points. The Third Area Command from Cape Panwa has been supervising all water arrivals at 5 yachting piers and Phuket’s 3 main ports – Ao Por Pier, Chalong Pier, and Rassada Pier.

gummy
23 minutes ago, KaptainRob said: We could do with Army road blocks here in Chiang Mai, tanks spread across Highway 11 facing south ideally. RTP road blocks/covid checkpoints are a joke.  Traffic is detoured onto the service lanes while personnel relax in…
Martin
And this is supposed to be a holiday isle? What's next, submarines patrolling the waters below to prevent scuba divers sneaking in? Helicopters in the skies above in case of hang gliders? Granted officialdom is trying to kickstart Phuket's economy in the…

PapayaBokBok
10 hours ago, KaptainRob said: We could do with Army road blocks here in Chiang Mai, tanks spread across Highway 11 facing south ideally. RTP road blocks/covid checkpoints are a joke.  Traffic is detoured onto the service lanes while personnel relax in…

Meeting reveals Thai vs foreigners in Phuket Sandbox, other stats