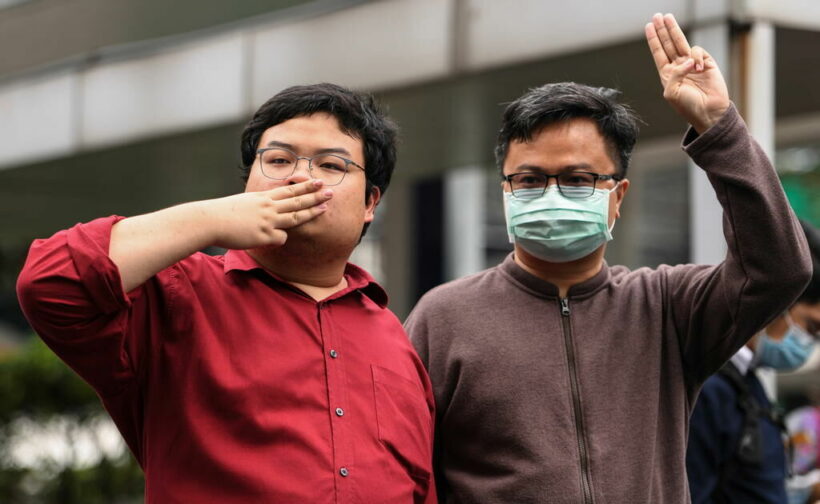 The authorities are investigating the origin of content deemed offensive, which has appeared on the Facebook pages of 2 jailed activists, despite them having no access to phones or the internet. The Department of Corrections has asked the Technology Crime Suppression Division to investigate content posted on the pages of jailed protest leaders Parit Chiwarak and Anon Nampa.

Both Parit and Anon are being held on a number of charges, including sedition and lèse majesté, following a protest in the capital on September 19. Thanakrit Chitarirat from the Ministry of Justice says despite Parit being held at Bangkok Remand Prison, with no phone or internet access, provocative posts are still appearing on his Facebook page. Thanakrit has called the content damaging and in violation of the Computer Crimes Act.

Anan Nanasombat from the TCSD says complaints have been received about posts on Parit’s page both before and after he was imprisoned. He suggests it could be someone with Parit’s log-in information, who is posting on the activist’s behalf.

According to a Bangkok Post report, officials are investigating if Parit is involved in the posts, with a view to taking further legal action against the activist if this proves to be the case. It’s understood the authorities are also monitoring those who share the content as this too could be considered a crime. Similar content is being posted on Anon Nampa’s Facebook page, although Thanakrit says those posts are softer in tone.