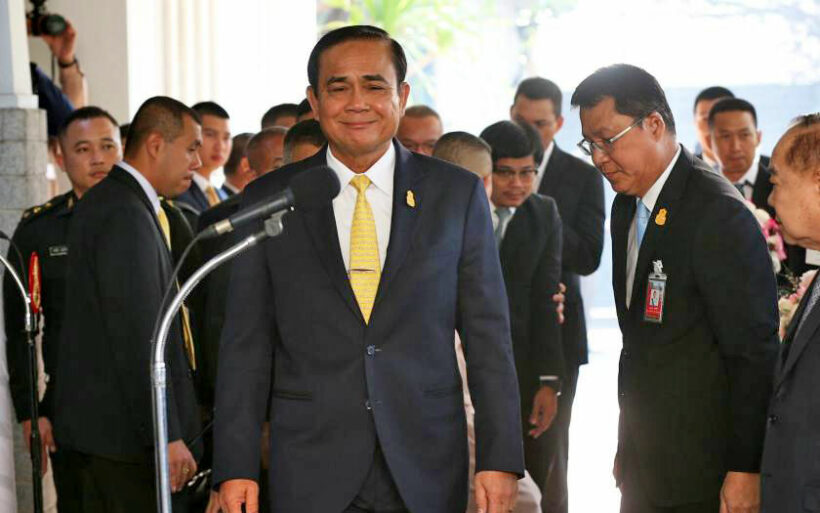 Before the ink is even dry on the Cabinet list, and before the newly formed government has even sat, along with its PM, rumours continue to swirl over the viability of the Palang Pracharat Coalition and it’s ability to govern.

Dean of the National Institute of Development Administration’s School of Social and Environmental Development, Phichai Ratnatilaka Na Bukhet, is quoted in the Bangkok Post saying the next government will continue to be plagued by public image issues.

He says that some of the people listed for cabinet positions are currently being probed for “alleged irregularities in their dealings, as well as their connections to influential figures”.

He also said that the 20 parties comprising the coalition government will all be fighting to get their policies, promised to their electorates before the election, funded and passed into law. He said that this will impose a massive financial burden to enact. But not pushing their policies ahead will end up with further internal bickering and a loss of confidence from the MPs constituencies.

“Unless the premier keeps them on a tight leash, it will adversely affect the government’s stability,” Phichai told the Bangkok Post.

The most recent cabinet line-up is known to feature familiar names who are close, long-term allies of the PM Prayut Chan-o-cha – Somkid Jatusripitak, Wissanu Krea-ngam and Prawit Wongsuwon – who are currently listed to retain their posts (despite rumours Prawit Wongsuwan may be left out of the new cabinet).

Gen Anupong Paojinda also looks set to retain his position at the Interior Ministry. Captain Thammanat Prompao, who is known to be close to General Prawit, is in line for the post of labour minister.

Former senator, Rosana Tositrakul, said the Energy Ministry has been highly sought despite receiving a relatively modest budget of around 3 billion baht each year. But she pointed out that the energy minister has authority to approve projects involving oil, gas, and power plants which can be worth trillions of baht.

The Palang Pracharat party’s Sam Mitr faction, commanding some 30 MPs within the party, laid claim to key ministerial posts even before the election. They were understandably ‘put out’ when they learned that some of the posts had beed bandied about as bargaining chips to secure votes for Prayut as the new PM. Even as late as last weekend they were publicly bickering with the leadership team of Palang Pracharat over the handing out of ministerial portfolios.

They’ve since closed ranks and thrown their full support behind Prayut’s decisions relating to Cabinet posts.

Suriya Jungrungreangkit, a core member of the Sam Mitr faction, and Chai Nat MP and group member Anucha Nakasai reaffirmed that they respected Gen Prayut’s decision on the line-up.