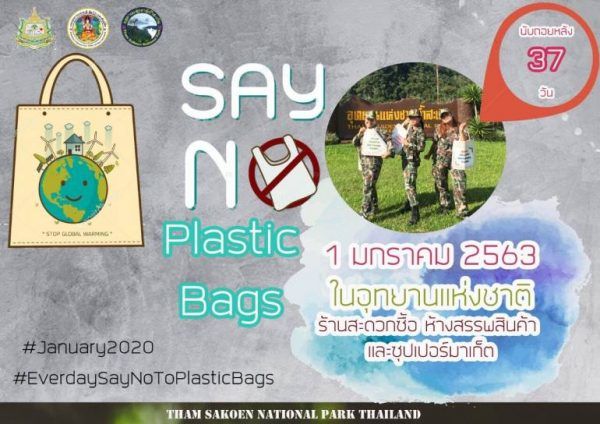 From January 1, visitors to any of Thailand’s national parks must carry their own garbage bags and take their trash with them when they leave.

Thai PBS World reports that this latest measure is being put in place following the death of a wild deer in Kun Sathan national park in northern Thailand. The deer was found to have 7 kilograms of plastic and other trash in its stomach, including plastic bags and even clothes. See earlier story HERE.

The minister for Natural Resources and Environment says all national park chiefs have been advised of the rule and instructed to advise visitors accordingly. However, the head of Kun Sathan park, where the dead deer was found, disputes that the deer’s death was caused by humans.

Torpong Chanthopat says the deer was found in the middle of rich forest, with no sign of humans having been there. He also refuses to entertain the idea that the animal may have eaten from the park’s landfill, insisting the site is sealed.

Torpong suggests instead that the deer may have consumed the garbage in one of the many villages surrounding the park.

However, he’s using the attention currently focused on the park to inform the Department of National Parks, Wildlife and Conservation that he’d really like an incinerator to replace the current landfill site.