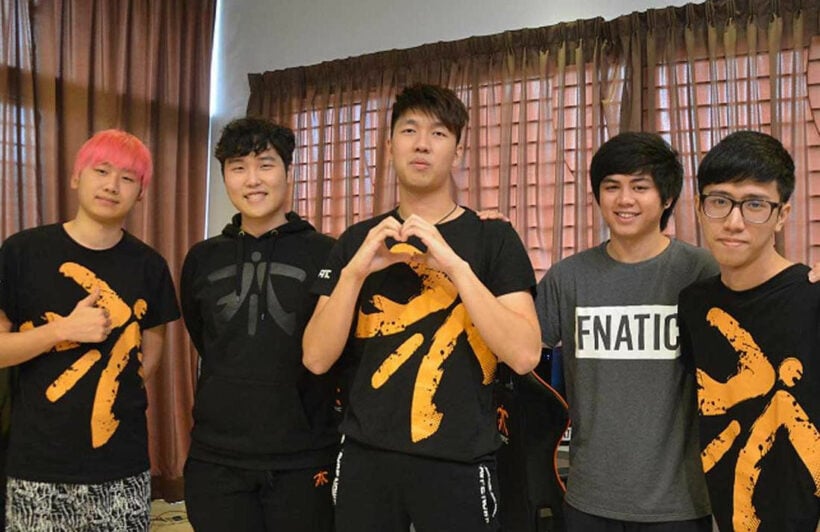 He defied parental and social disapproval after his high school finals to pursue his dream of becoming an eSports champion, but believes the sacrifice and social condemnation paid off as he heads with his national team to south east Asia’s mini-Olympics.

Teenage gamers worldwide are shunning mainstream education in favour of spending hours tapping away on computers and phones, attracted by a booming eSports scene where prizes at major tournaments reach millions of dollars.

But perhaps nowhere is the prospect of swapping textbooks for joysticks more daunting than in Singapore, which tops global education rankings and where striving for academic excellence is deeply ingrained in the national psyche.

Kang, who is his national side’s coach and competes in multiplayer battle game Dota 2 under the moniker “Meracle”, says his belief in his own playing skills was so great he had the courage to do what most would not dare.

“I stopped studying and went to pursue this passion of mine,” the 23 year old told AFP at a south east Asian Games boot camp in Singapore, which was organised by the tournament’s eSports partner, gaming hardware company Razer.

“Obviously my parents were not very happy about my decision because nobody wants their kids to stop studying.”

He is the exception, however, in a country known for a strict education system, a focus on getting good exam results and where a growing number of students go on to university or another form of tertiary education.

The pressure starts as early as primary school, and critics say it has contributed to the growing incidence of mental illness among the young, although the government is seeking to make things easier through steps like reducing exams.

The focus on education and a choice of well-paying jobs in the affluent country mean few are willing to pursue a career in the fledgling eSports scene – Singapore has only around 15 professional gamers.

“Singapore is very focused on study,” said the country’s eSports association president Ng Chong Geng, recalling how when he gave a talk at a university, not a single student expressed an interest in becoming a professional player.

“Now more or less everyone graduates with some sort of degree… If you try to be an eSports athlete you have to give up on a lot of other opportunities.”

Players also complain the country’s system of conscription – male citizens undergo two years of national service from the age of 18 – is a hindrance for promising gamers who need time to develop their skills.

Kang is not alone among players heading to the SEA Games, taking place in the Philippines in November and December, in having chosen to focus on gaming rather than study.

“The thing that most changed me was quitting school so I can play for the whole day, play full time,” said 17 year old Thai Dota2 gamer Nuengnara Teeramahanon, who quit school aged 16.

“I just did not want to study any more, I just feel like it’s so boring.”

However, the lack of qualifications could be a disadvantage for players when they retire, which can come at a young age in eSports. In some games, players can be finished by 23 as their reactions slow.

Supporters hope the tournament could be a step towards a spot at the Olympics although that seems unlikely any time soon, with the venerable institution so far unenthusiastic about the discipline.

Players who cut short their education and made a success of eSports say their families have, for the most part, accepted their choice – although they stress they are not encouraging other gamers to follow their lead.

Kang used to be part of a team in the United States, where his accommodation was paid for and he received a salary and prize money. He currently plays for a Thailand-based team.

“Eventually my parents were convinced. I could pay for my own food, live on my own.”