The Constitutional Court has disbanded the Thai Raksa Chart Party for nominating a member of the Royal Family as its candidate for PM in the forthcoming election.

The ruling said that such a move “might undermine” the Thai constitutional monarchy system, which placed the monarchy above politics. The court ruled unanimously to dissolve the party under Article 92 of the 2017 Constitution and voted 6-3 to ban the party’s executive members from politics for 10 years while also barring them from setting up a new political party.

Princess Ubolratana, the older sister of His Majesty the King, who has relinquished her royal status since 1972, accepted Thai Raksa Chart Party’s invitation to be its lone candidate for prime minister. But the Charter Court ruled that Ubolratana remained a royal at functions involving the monarchy since the reign of her father, the late King Rama IX.

Thai Raksa Chart, a major ally of former prime minister Thaksin Shinawatra, had argued that it had proposed the name of the prime minister candidate with her consent in accordance with the current constitution.

However the Election Commission revoked her nomination on February 8, the same day her application was submitted, after HM the King issued a royal command pointing to her royal status. The EC later petitioned the charter court to dissolve the party, accusing it of undermining the so-called “democratic regime with the monarch as the head of state”.

While the military-sponsored 2017 Constitution has no clear clause prohibiting members of the Royal Family from entering politics, the nine charter court judges referred to the tradition and norm since the 1932 revolution to bar persons at the level of Royal Highness in the royal hierarchy from taking part in elections. 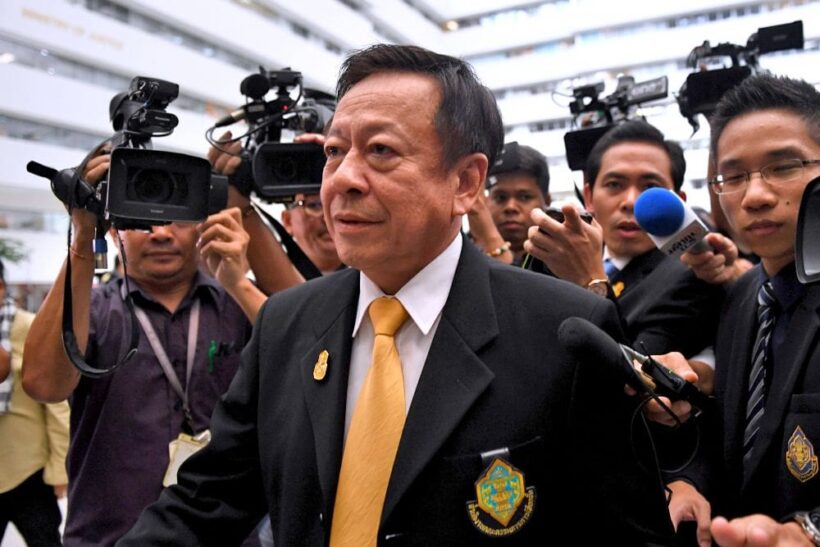 The amendment of the principle during the reign of King Rama VIII in 1946 did not change the spirit of the norm in subsequent constitutions, judge Nakarin Mektrairat said.

The 1932 revolution (known as the Siam Revolution) paved the way for Thailand’s change from an absolute monarchy to constitutional monarchy and gave special status to the monarchy institution, placing it above politics, said Nakarin, a former scholar who wrote a book on the 1932 revolution. The monarchy has traditionally reigned, but not ruled, over the Kingdom and acted as the revered institution in Thai governance for a long time.

The Royal Family’s entry in politics would take away the neutrality of the monarchy, the judge said.

The Royal Family must not be brought to become a part of any political faction so that the monarchy can remain at the centre of the heart of the nation, he said.

Thai Raksa Chart, set up on November 7, was only four months old and was formed as a proxy party to support the political ambitions of the pro-Thaksin Pheu Thai party which has won every election since it was formed in 2008. 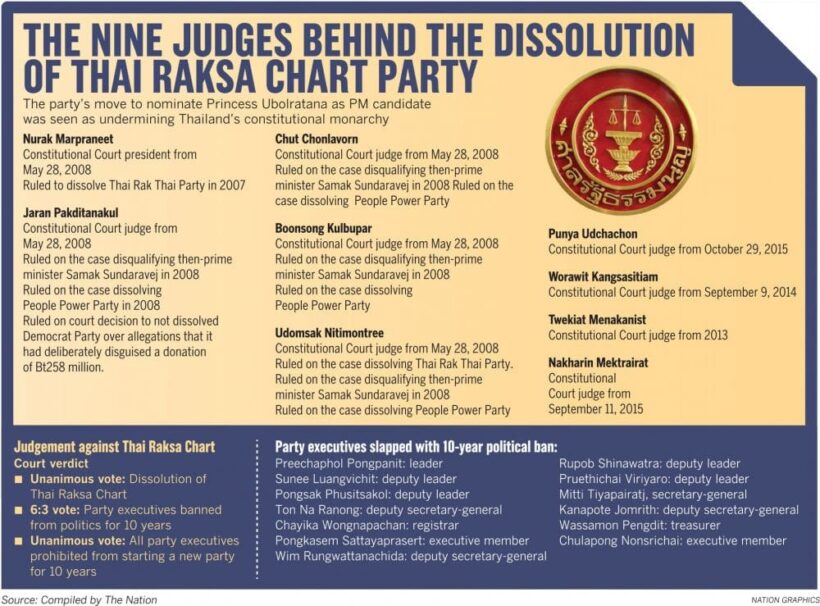