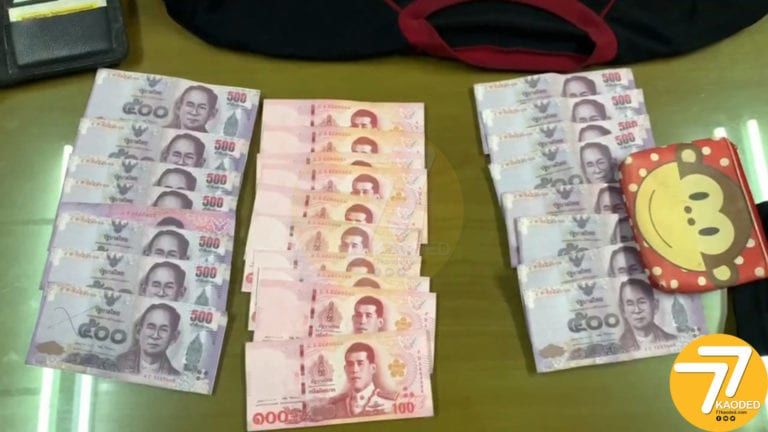 Check your wallet. Fake 500 baht and 100 baht bills are being passed around. Samut Prakan police just arrested 2 brothers for possession of counterfeit banknotes after receiving numerous complaints over the past month. Apparently, the counterfeit money has been used to buy various merchandise.

49 year old Boonmee Kerddee and his brother 39 year old Veerawat were arrested in the Bang Sao Thong district and charged with processing and using counterfeit banknotes. They could face up to 15 years in prison.

Police say they found 21 fake 500 baht notes, all with the serial number “4C7357000” and 10 fake 100 baht notes with the serial number “8D5893888.” Both men denied they knew the bills were fake. Boonmee told police he did not know the banknotes found in his wallet were fake. He told police it had been a while since he used his wallet. His brother had a different story, saying he found the banknotes under the Bang Sao Thong bridge.

Police gained information about the 2 men from the victims and examined surveillance camera footage. The brothers worked as security guards at a factory in the Bang Sao Thong district.