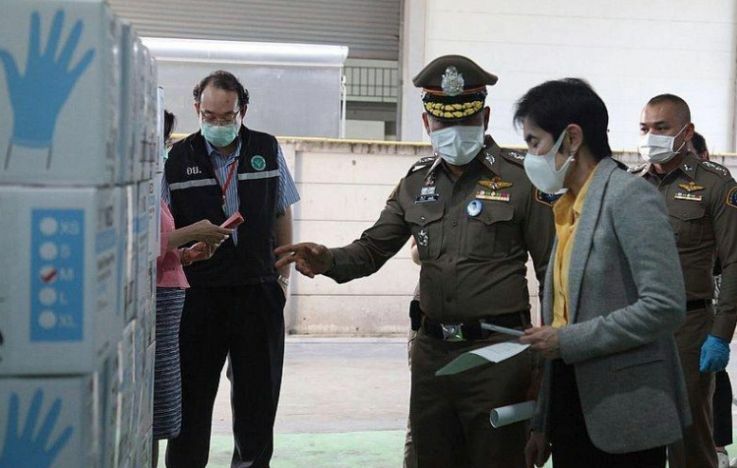 After a spike in Covid-19 cases involving more than 1,000 migrant workers in Samut Sakhon, many who worked in the Mahachai area fishing hub, police said they would investigate migrant trafficking and make major arrests.

Before the recent outbreak, authorities tightened border patrol to prevent migrants from entering Thailand illegally and potentially spreading the virus. After the spike in cases involving a vast majority of migrant workers, authorities announced they have shifted their focus to crackdown on labour traffickers.

The Crime Suppression Division, Food and Drug Administration and Lam Lukka officers raided the factory in Pathum Thani, a province north of Bangkok. Police say 11 undocumented Cambodian men and women were packing goods when the factory was raided.

42 year old Luk Foey, who allegedly operated the factory and hired the workers, was arrested for illegally producing medical gloves. The migrant workers were detained by police. 7 million medical gloves were confiscated and will be examined to see if they are up to standards.