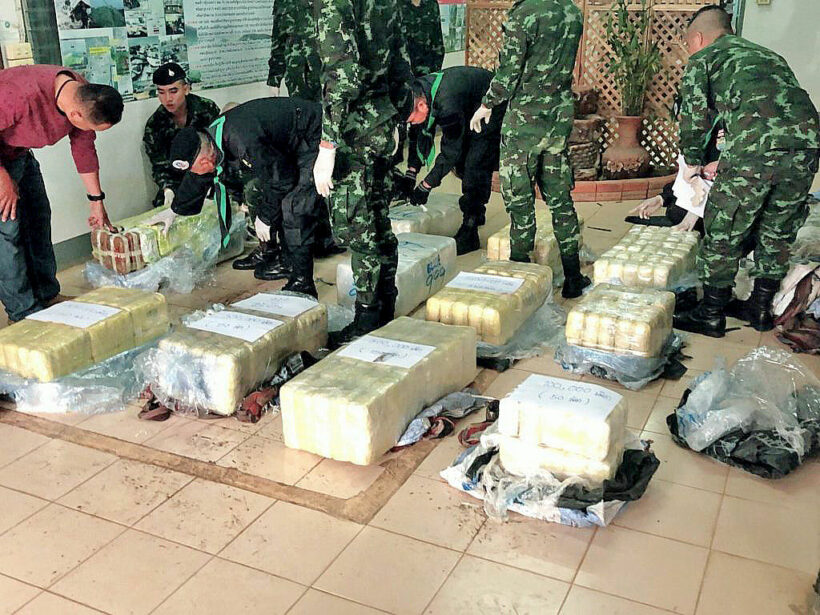 A 29 year old man has been charged with running a drug trafficking ring after more than 3 million methamphetamine pills were seized in Chiang Rai last month.

The man, known only as “Prasarn,” was arrested at a resort in Kanchanaburi, western Thailand. Police linked him to the 3 million meth pills seized at a roadside checkpoint in Chiang Rai in October.

Police were tipped off about plans to smuggle a large consignment of methamphetamine over the border into Chiang Rai. They set up a roadside checkpoint and stopped a Toyota pickup truck. The driver refused to stop when he was flagged down, which kicked off a chase. Police shot out the pick-up’s tyres and the driver fled after skidding off the road.

A search revealed 11 sacks containing more than 3 million methamphetamine pills and over 40 kilograms of crystal methamphetamine. Police expanded their probe and identified Prasarn as head of the smuggling ring and traced him to the Kanchanaburi resort where he was arrested.