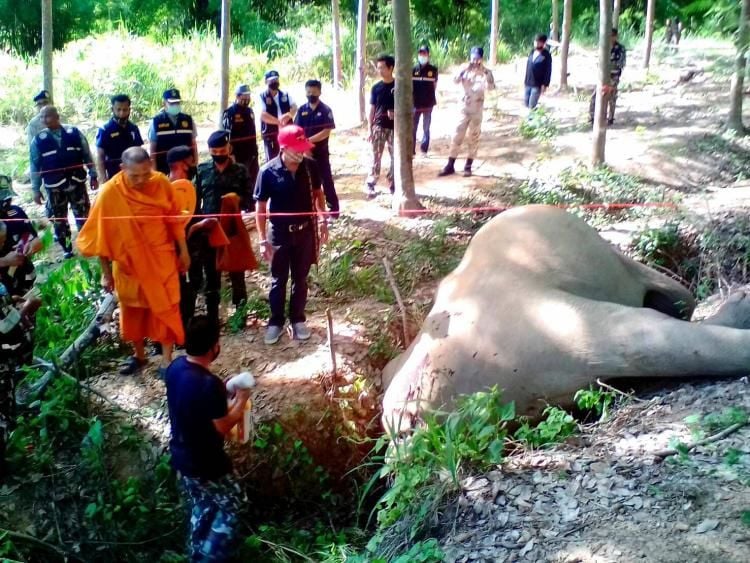 A wild elephant was shot and killed by a local at a national park in southern Thailand’s Prachuap Khiri Khan over the weekend. Police arrested the alleged shooter who is now facing charges of killing a protected animal and possessing an unlicensed firearm.

Kui Buri National Park officials say this is the fourth wild elephant this month that has died from either electrocution or gunshots. There are about 300 wild elephants in the park and local officials say they’ve been trying to prevent clashes between locals and the wild animals.

On Saturday, park rangers were trying to lure an elephant that was roaming on local’s rubber plantation back into the forest when it was allegedly shot by 49 year old Narong Arapakdi.

Rangers rushed over when they heard the gunshot, finding the 2 tonne elephant dead in a ditch and Arapakdi with a shotgun in his hands. Arapakdi says he was acting in self defence.