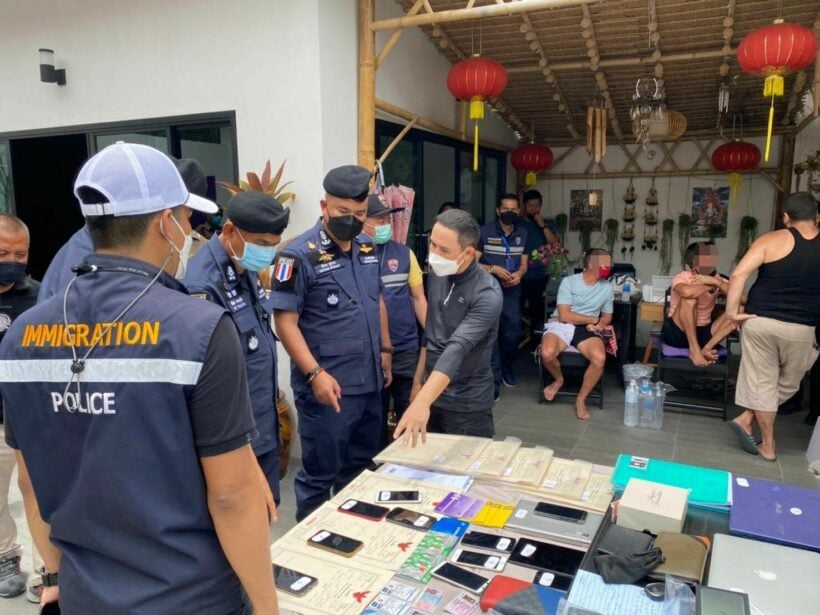 Thai police are expected to extradite the 2 Germans, who are suspected of being involved in a European drug cartel, back to their home country to face charges. Officials in Germany had filed an Interpol red notice requesting their arrest, and the German Embassy in Thailand alerted Thai Immigration Police. One was arrested in Phuket, and the other at a villa on Koh Pha Ngan, an island in the Gulf of Thailand off the coast of Surat Thani.

The suspects, 42 year old Alex Kartun, who holds dual German-Russian citizenship and is accused of being the leader of the gang, and 38 year old German national Alexander Wolfien, are allegedly involved in an illicit drug production and trafficking operation overseas. Apparently, the men fled to Thailand to avoid charges in Germany and have been living as fugitives for several years. They now face 14 charges relating to drug trafficking and 2 other charges relating to illicit drug production.

German officials say a psychoactive drug, like synthetic marijuana made from chemicals and herbs, was being trafficked to several European countries. Some people reportedly died sometime after using the drug. Around 20 people allegedly involved in the production and sale of the drug have been arrested in Germany.

In Phuket, police arrested Wolfien and seized more than 1 million baht in cash, luxury watches and ownership titles for land in Phuket and Koh Pha Ngan worth more than 10 million baht.

Kartun and Wolfien can challenge their extradition in Thai court. Reporters from the Associated Press were unable to reach the men and it’s unclear if they had legal representation.

TobyAndrews
And the overdue library books.
gazmo16
Strange how all these alleged criminals have been hiding out for years in plain sight while the law abiding expats fret from on visa to the next.  Most of us can not live in expensive villas or live the playboy…
TobyAndrews
Here in Phnom Penh I know of three westerners who not only do not have visas, but also do not have valid passports. One has been here for five years!
HolyCowCm
I saw a special on TV late last year with guys who were runners deliver selling this synthetically made herb in Germany. Even these guys who faces were covered up did not have anything good to say about it except it was good…

gummy
3 hours ago, Thaiger said: Thai police are expected to extradite the 2 Germans, who are suspected of being involved in a European drug cartel, back to their home country to face charges. Officials in Germany had filed an Interpol…