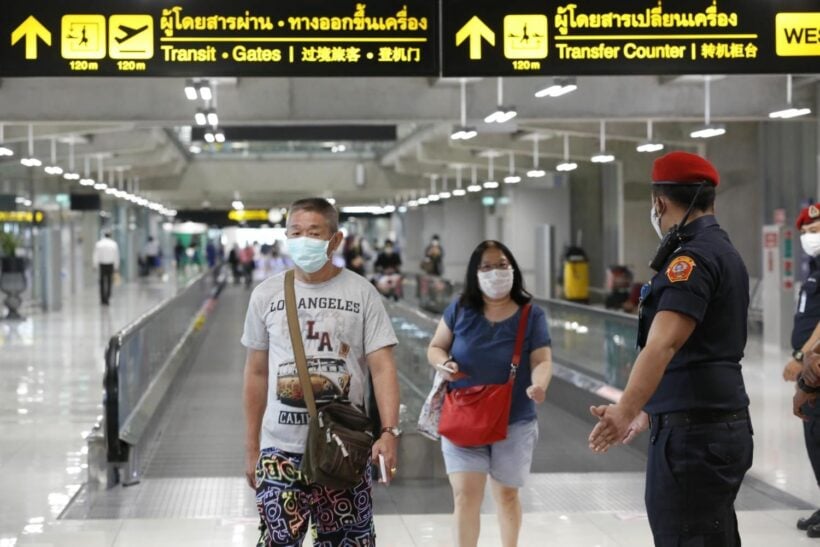 Phase 6 is on the way which will allow more groups of foreigners back into Thailand and pry open the borders another incremental step. The next phase will allow the entry of foreign migrant workers from neighbouring countries to ease a current labour shortage. The two industries for migrant worker re-entry are the construction industry and food export businesses.

CCSA spokesman Dr. Taweesin Visanuyothin said that other groups would include ‘some’ foreign tourist arrivals (including medical tourists), visitors and co-organisers for trade exhibitions and foreign film crews. Foreigners who have bought a Thailand Elite membership will also be allowed back in the Phase 6 round or re-entries.

A decision on the details and timing of Phase 6 re-openings is expected this week.

Meanwhile, the National Security Council was meeting yesterday, and again today, to consider whether the state of emergency will be extended again. It was extended again in June until at least the end of this month.

In Rayong, 5,201 people have now tested negative to the virus, out of a total of 6,015 who have undergone swab tests.  Results of another 814 tests are still pending. The tests in Rayong province were in connection with an Egyptian military mission, which stayed in the main city and was allowed to go wandering around shopping areas. One of the Egyptian soldiers was found to have tested positive after he had returned to Egypt.

In Bangkok, 364 people have been tested and cleared of the disease. In that case it was a ‘scare’ following the positive test of a 9 year old Sudanese child of a diplomat who were staying in a Sukhumvit condo. Nearby schools were closed for a time and the residents of the condo, and other people that came in contact with the family, were all provided with free testing.

Dr. Taweesin also addressed allegations on the “Mam Po Dum” social media page claiming that infected Thai nationals were flown into Thailand to justify the extension of the state of emergency, apparently in an attempt to pre-empt student protests, citing four recent flights, bringing home 600 Thais, 40 of whom were found to have a fever. He said the claims were complete fiction.

“The figure of 600 arrivals is correct, but the figures of those with a fever are wrong.”

Dr. Taweesin noted that global Covid-19 situation is of “serious concern”, as the number of new infections has jumped from several tens of thousands to about 200,000 each day, “and it is unknown when the figures will peak”. The daily total number of deaths from Covid-19 is also starting to rise again after dropping sharply in April and May. 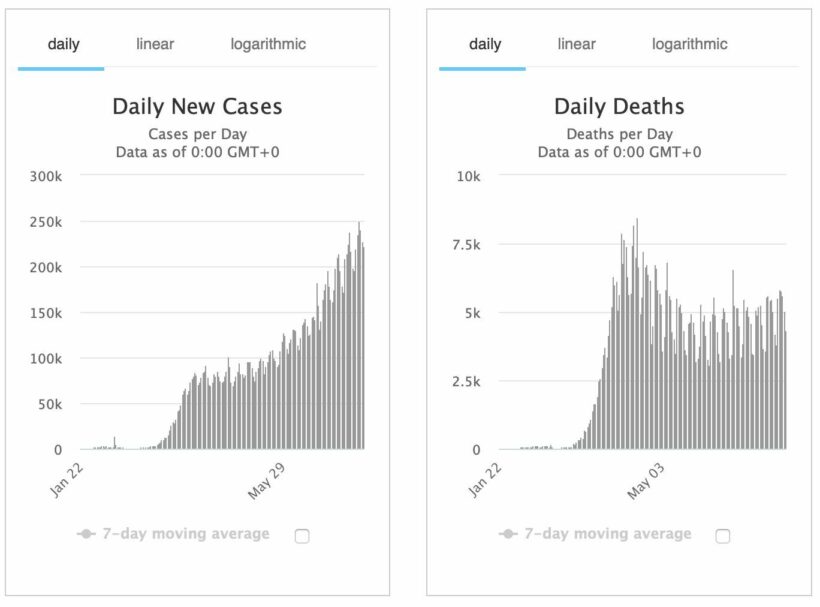