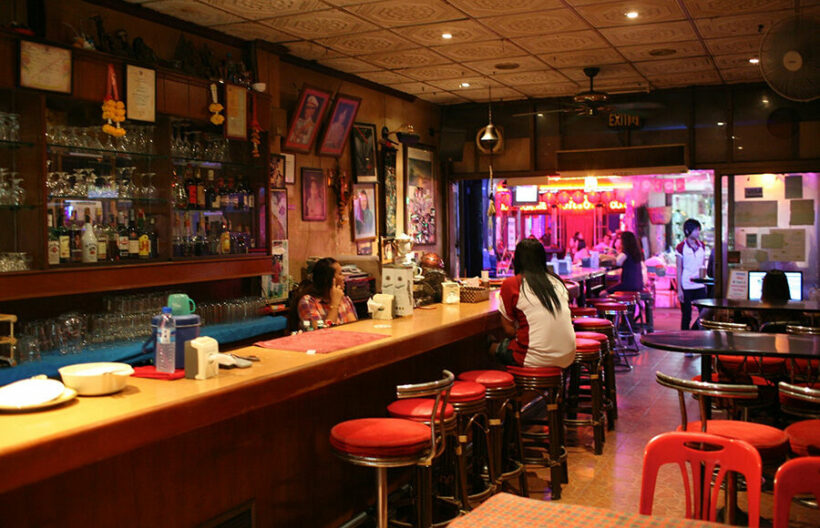 Here we go again. Restrictions and closures to Bangkok’s nightlife are back. Bangkok governor Aswin Kwanmuang has ordered the closure of nightlife venues in 3 districts from today until at least April 19. The shutdown in Klong Toey, Watthana, and Bang Khae, comes as a result of new Covid-19 clusters, with Aswin saying that should infections spread to other districts, they too will face the same restrictions.

For now, 196 nightlife venues across the 3 districts have been directly affected.

The closures affect the high profile party spots along the Sukhumvit road strip, including Thong Lor and Ekkamai, as well as other areas directly north of the city centre.

Meanwhile, health officials in Chon Buri have reported another 23 new Covid infections, the biggest leap in cases since January. 17 of them are in Sri Racha district, again mostly linked to nightlife venues. 39 new infections have been reported in the past 4 days.

Back in Bangkok, restaurants and other entertainment establishments in the capital and in neighbouring provinces also face tighter restrictions again, with orders to close by 9pm and alcohol sales prohibited. Opas Karnkawinpong from the Department of Disease Control says officials expect a rise in infection numbers as a result of clusters linked to Bangkok nightlife, as well as at a prison in the southern province of Narathiwat.

The Bangkok Post reports that Bangkok and the central provinces of Pathum Thani, Nonthaburi, Samut Prakan, and Nakhon Pathom, have once again been designated, “red zones under maximum control”.

Opas says restrictions will be reviewed after 2 weeks, adding that Bangkok infections were spread by both employees and customers moving from one nightlife venue to another.

“Employees were the conduits as they contracted the disease from customers and then spread it to others. Most patrons also visited more than one place and musicians and employees working at entertainment places tend to work multiple jobs, accelerating the spread.”

Meanwhile, Apisamai Srirangson from the CCSA says if an infection is detected at a nightlife venue, the establishment will be shut immediately for an initial 2 week period. If case numbers are reported across a large area of nightlife venues, officials will have the authority to close the whole zone, or even seal off the province.