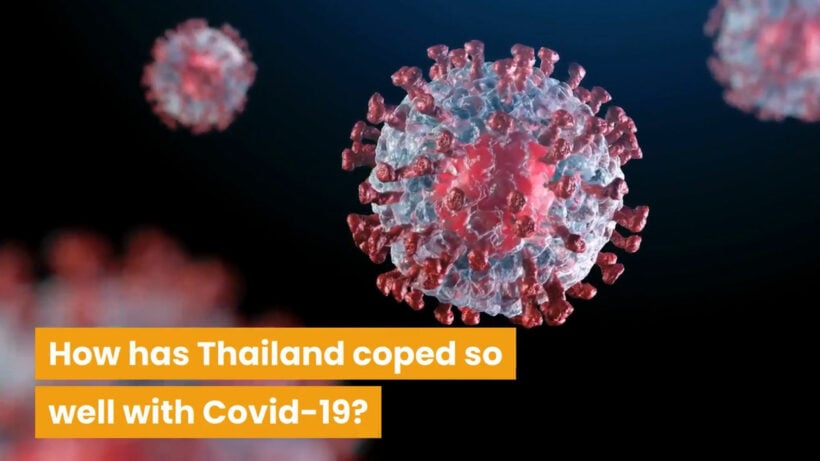 We examine some of the reasons Thailand has been able to avoid the surges and 2nd waves of Covid-19. Whilst many countries are now suffering a 2nd and 3rd wave of the coronavirus, Thailand has locked itself in a bubble of its own making. Almost zero cases and any new cases coming from repatriates. Now the country has to figure out how to re-open its economy and borders, safely.

Why has Thailand, with a population greater than that of the UK, been largely spared the catastrophic effects of the Covid-19 pandemic sweeping the nation and much of the world?

Social distancing is embedded in Thai culture – Thais rarely touch when greeting, preferring the prayer-like “wai” gesture to a handshake or embrace. Could this custom be at least partly responsible for the country’s low numbers?

There have been no overwhelmed hospitals in the country’s public hospital system. No dead bodies in the streets. No social media postings from frantic doctors or nurses. The country simply acted swiftly, and with a determined force.

Thailand was quick to adopt the use of facemasks, close schools and enforce social distancing on public transport, even before declaring a national state of emergency and curfew, sealing its borders and forbidding interprovincial travel. Is that what prevented the runaway transmission of the virus here? Is there a genetic component that makes the immune systems of Thais (and others in the Mekong River region) more resistant to the virus? Or is it some combination of all these factors that have insulated this country of 69 million?

One thing’s for sure, despite an influx of foreign visitors early in the year from countries badly hit by the virus, especially China, Thailand has recorded just 3,236 cases since January, 58 deaths and achieved a 95.5% recovery rate. As of today, there have been no cases of local transmission for about 7 weeks (although there’s been a steady flow of daily single-figure infections as Thais repatriate from overseas)