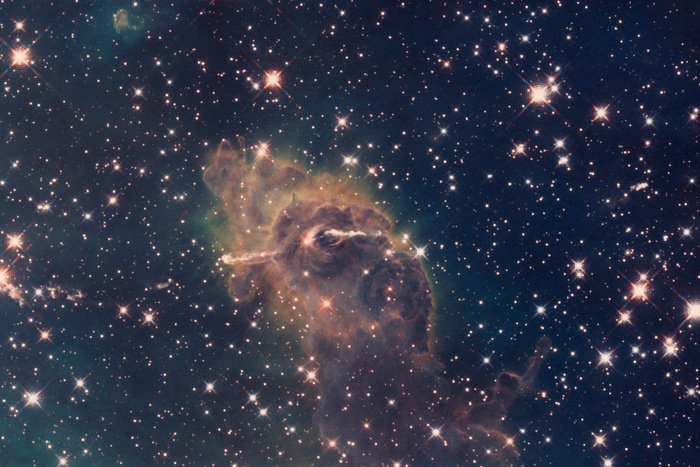 PHUKET: In 2002 Michel Faber published The Crimson Petal and the White, an extraordinary novel of shifting social strata set in a time and place when they were most rigid: the early Victorian Age in London.

By dint of cunning and determination, Sugar, a prostitute from the age of 13, rises from brothel inmate to kept woman to household governess and trusted adviser to her patron. The reader roots for her through every tense step of the way.

The time is the future, the place is a planet a trillion miles from Earth. The main character is Peter Leith, an English thief, drunk and drug addict who has been rescued by a nurse named Beatrice and converted to Christianity. He turns out to be a talented preacher.

Peter is living happily with Beatrice and their cat Joshua in London when he is accepted by a mysterious American corporation known as USIC to serve as a missionary to the native population of the distant planet of Oasis.

But he must leave his wife for a year.

“If there was one thing that had become clear in all the months of thought and prayer leading up to his journey to Oasis, it was that God really wanted him here. He was safe in God’s hands, and so was Bea. She must be.”

Faber is courageous in bucking the official state religion of this current age, atheism-agnosticism, to focus on a couple who are committed Christians. They see “the hand of God” at work in everyday daily life – a world view that has become nearly extinct among the educated of the West.

The novel’s science fiction aspect is casual and offhand. In contrast to the lush description of his Victorian novel, Faber’s prose here is intentionally flat and dull. The spacecraft that takes off on “The Jump” across light-years is barely described. Peter and three fellow passengers wake up in outer space in a windowless room and stagger about drunkenly. One spills a Coke and casually wipes a table. Shouldn’t that stuff be floating around in space? Is this all a hoax?

The USIC colony is ugly and utilitarian. The technicians lead boring lives, cocooned from all news of Planet Earth.

Oasis is dullness itself: flat and featureless. Rain is instantly sucked into the tundra so there are no bodies of water, no trees, no animals and no plants except for whiteflowers, which can be processed into any type of food imaginable. The whiteflowers are harvested by the natives, who live in a distant settlement, in exchange for medicine.

The natives are small, delicate and dressed in identical hooded gowns, boots and gloves, differing only in individual colors. Peter is shocked at his first encounter:

“Here was a face that was no face. Instead, it was a massive whitish-pink walnut kernel. Or no: Even more, it resembled a placenta with two fetuses – maybe 3-month-old twins, hairless and blind – nestled head to head, knee to knee.”

No eyes, no nose, no mouth. A grating language of all vowels and no consonants, rendered by an orthography that resembles Khmer. But Peter’s missionary predecessor, who has mysteriously disappeared, had taught them English and The Book of Strange New Things – the Bible. They are eager to learn more.

Peter proceeds to build a church and live with his new parishioners, returning to the USIC base every ten days to resume communication with his wife via an email system called The Shoot.

The news that Beatrice relates is increasingly dire: the Maldives is wiped out by floods, North Korea by a tsunami, Guatemala by volcanic eruptions. At home, food disappears from supermarket shelves, garbage is not picked up, homes are invaded by roaming bands of thugs. Beatrice loses her religious faith when children lynch Joshua the cat.

Peter decides to return home early. And that’s it. End of story. No explanation for the Coca Cola that doesn’t float around in the absence of gravity. I’d be hoping for an elaborate hoax, but no, the plot is presented as true. And it’s dull as rain.