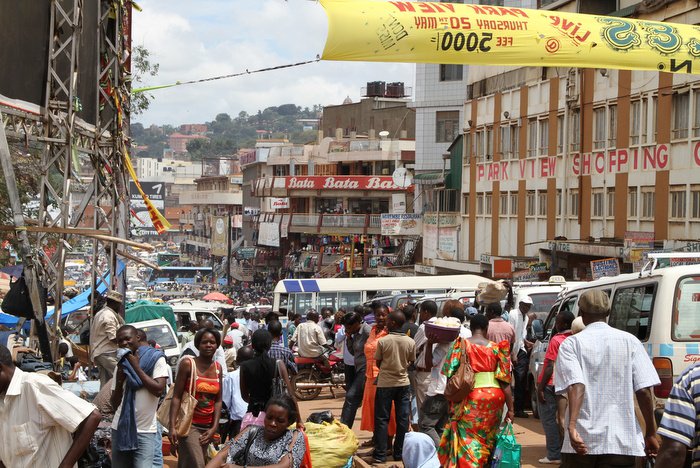 PHUKET: Denis Johnson published his first of three books of poetry at the age of 19. His meticulous attention to words is evident in his 11 books of fiction, which tend to be slim and terse, but intensely descriptive.

I’ve read his second novel, Fiskadoro, a post-nuclear apocalypse set in Key West, and his eighth, The Tree of Smoke, an epic – if somewhat overwrought – novel about the Vietnam War, winner of the 2007 National Book Award. Now, at 65, he has published The Laughing Monsters (Farrar, Straus and Giroux, New York, 2014, 228pp) – an impressionistic black comedy set in bleak, war-torn Africa.

The narrator is Roland Nair, a spy for the espionage agency of NATO, who is dispatched from Amsterdam to Freetown, Sierra Leone. His mission has been prompted by the sighting of his old friend

Michael Adriko, a US Special Forces operative who has gone AWOL. Their friendship dates back over a decade to Sierra Leone’s civil war. They had both made a bit of money on the side and Nair is looking to repeat the operation. Most crucially, however, he is bored. “I’ve come back because I love the mess,” he explains. “Anarchy. Madness. Things falling apart.”

Nair holds a Danish passport and the rank of captain in the Danish Army but can barely speak the language. Adriko holds a Ghanaian passport but is from Uganda. He is headed now for the eastern mountains of the Congo where his clan had fled reprisals after the fall of Idi Amin. The occasion will be his wedding to Davidia St Clair, the beautiful African-American daughter of his commanding officer at the 10th Special Forces Group headquartered in Colorado from which he is now “detached”. Nair explains to the naive Davidia that she is now Adriko’s “fifth fiancee”.

Adriko and Nair had also been up to some vague skullduggery in Afghanistan. Now they look to profit from the poisoned African atmosphere of post-9/11. “The World Powers are dumping their coffers into an expanded version of the old Great Game,” Nair tells Davidia. “The money’s without limit, and plenty of it goes to snitches and spies. In that field, there’s no recession.” Or as Adriko has it: “Oh my goodness, you just tickle them in their terrorism bone, and they ejaculate all kinds of money.”

As bait, Adriko has a chunk of enriched uranium which he will claim came from an airplane full of the stuff that crashed in the Congo. The three conspirators fly off to Uganda in a Russian charter jet and put their radioactive wares up for market. They find a shifty pair of customers who turn out to be rogue Mossad operatives. After a fight, the trio flee into the Congo in a stolen Land Cruiser. They are now in a land of no law. Davidia is horrified when they run over a market woman and just keep going.

She screams repeatedly for them to turn back, “but we wouldn’t go back, we couldn’t – not in Africa, this hard, hard land where nobody could help that poor woman flopped probably dead in the road and where running away from this is not a mistake. The mistake was looking back at her in the first place.”

Adriko escapes en route, leaving Nair to be interrogated by another spook for going rogue on his spy mission. This dialogue between two world-weary schemers turns out to be the funniest section of the book, and Nair is released to search for Adriko deeper into the heart of darkness.

Denis Johnson has been compared to Joseph Conrad, Graham Greene and Robert Stone, though he lacks their moral gravitas. He is a fine prose stylist but his characters aspire to nothing more than the ill-gotten loot than will buy them a retirement of drunken pleasure with African hookers. Nihilism at its finest.