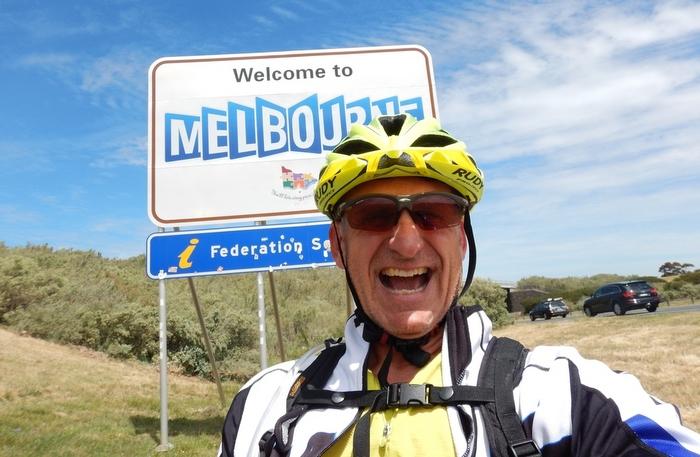 PHUKET: Last year, as I was grinding out the kilometers from Bangkok to Phuket with Siam Bike Tours’ eight-day group trip, I was inspired by the robust figure of Rudy Pospisil, a Canadian firefighter and cancer survivor who was also cycling this trip as a small part of his around-the-world epic ride to raise funds for cancer research.

I started doing research into the scientific understanding on the ways in which cycling can play a role in the defence against various types of cancers, and the findings were startling to say the least.

Many people exercise to prevent heart disease, but exercise can also play a key role in preventing cancer, and research has clearly revealed that most cancers are caused by lifestyle factors, rather than by genetics.

It turns out that exercise, such as regular cycling, is one of the most important actions you can take to help guard against many types of cancer. Up to one-third of cancer related deaths are due to obesity and sedentary lifestyles, including two of the most common cancers in the world, namely breast and colon cancer.

More than two dozen studies have shown that women who exercise have a 30 to 40 per cent lower risk of breast cancer than their sedentary peers.

The female hormone estrogen seems to play a key role. Women with high estrogen levels in their blood have an increased risk of breast cancer. Since exercise lowers blood estrogen, it helps lower women’s risk of breast-cancer. Exercise also reduces levels of other cancer stimulating factors such as insulin.

Cycling can also play a dramatic role in preventing cancer of the colon and rectum. Encouragingly, more than three dozen studies now show that regular exercisers reduce their risk of colon cancer by 20 per cent or more compared to sedentary people and the benefits are seen in both men and women, although the effect is greater in men.

Changes in digestive acids and other substances also occur with exercise, and these changes are believed to provide some protection from colon cancer. Decreases in body fat, insulin and other growth factors also may contribute to exercisers’ lower risk of colon cancer.

According to the United States national activity guidelines, a good target to set for defence against cancers is to moderately exercise for at least 45 minutes a day, at least five days a week, although the benefits increase if you exercise for over an hour on each occasion.

You can see in Phuket how regular cycling can easily fit this prescribed amount of activity. Cycling on the island for an hour a day is best achieved in the early morning, when traffic is light and the temperature is yet to climb.

While cycling always has to be practiced with all due caution in Phuket, we have the wonderful opportunity of combining our rides with an invigorating ocean swim at the end, which does wonders for both your physical and mental well-being.

Rudy Pospisil has just finished riding solo through both Australia and New Zealand on his around-the-world epic ride, which is a powerful testament to the power of cycling as an aid in defeating the scourge of cancer.

A true inspiration to us all.