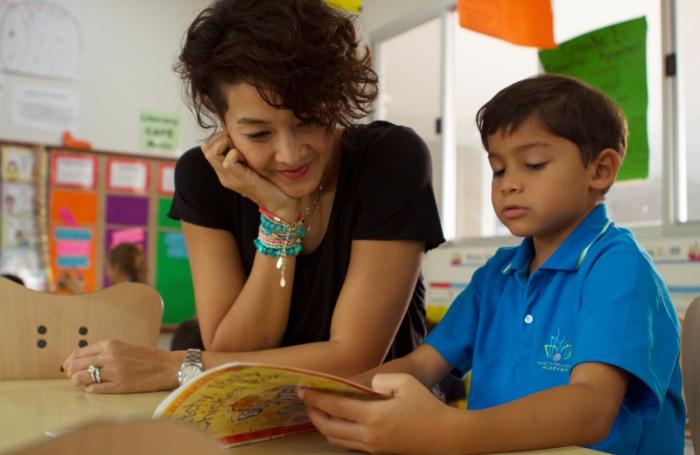 PHUKET: Phuket International Academy (PIA), located within the grounds of Thanyapura, in the north of Phuket, is set to become the first and only United World College (UWC) in Thailand, after two years of preparations and discussions with the London-based organization.

With an alumni represented by more than 55,000 graduates from all around the globe, UWC has gained a worldwide reputation for developing young people who have a desire to work towards achieving peace and a sustainable future.

“We are excited about the direction in which the school is moving,” said Julian Whiteley, Chief Executive of Phuket International Academy.

“We aim to challenge our students in all areas of our educational program and encourage them to take the initiative, exercise self-discipline and accept responsibility for their actions. By so doing, they will develop the skills and qualities necessary for them to live happy and successful lives,” said Mr Whiteley.

“The decision to create a UWC in Phuket will transform the educational landscape on the island and promote growth in the north, particularly with the school being so close to the airport.

“Already, I have talked with some parents who are changing their life plan because they want their children to be educated at a UWC. We have also had a number of people contacting us from Bangkok as they have heard the news and intend to move to Phuket to be part of our community,” added Mr Whiteley.

Julian Whiteley, formerly the Head of the United World College of South East Asia, Singapore – widely acknowledged as being among the top ten international schools in the world – moved to Phuket because he shared the vision of the founder of Thanyapura and Phuket International Academy.

“Not only are the aspirations of UWC and Phuket International Academy very similar, they align perfectly with my own philosophy of education and life,” said Mr Whiteley.

“At the heart of this is a deeply held belief that education is about the personal development of all aspects of a child, it is not just about academics. While it is possible to learn a certain amount in the classroom, so much more can be learned by interacting with the world outside school. Hence the emphasis we place on outdoor education and service to the community,” said Mr Whiteley.

In August, the school will welcome 25 scholars from around the world who have been selected, not because of their academic ability, but for their leadership skills and desire to be change-makers of the future. They will add to the cultural diversity of the school.

Metinee Kingpayom, top model and commentator of The Face and The Star:

“I am very glad that I decided to choose PIA for my son, Skye, as the school has a great environment. The school provides a wide range of excellent facilities for children and parents, as well as activities that help us all bond.

“I’m really excited to hear that PIA will become a United World College of Thailand (UWCT), which has an excellent reputation across the world.

“The United World College is well recognized for its unique curriculum offering a broad spectrum for the students. We are living in a modern world so only studying textbooks is not enough to make a person successful these days.

“There is already a healthy mix of nationalities in PIA and there will be even more diversity after it becomes UWCT.

“I believe the mix of nationalities, race and cultures along with the smartly designed UWC curriculum will enhance our children’s learning, helping them to understand others and respect their differences.

“These children are growing up to create a bright and peaceful future; to make the world a better place.”

“PIA was my choice because the school has a great environment. The surroundings are natural and the people are nice. I want my kid to grow up in this kind of friendly atmosphere.

“I heard about PIA getting chosen to be a UWCT. It is a really great opportunity as I recognize that UWC is a very well-known educational network with an academic program that makes students learn more about the wide world.

“I am keen to see the great changes when it completely becomes UWCT as I believe in the UWC brand. I am confident the UWC network will continue to grow across the globe.”

“When we moved to Phuket we visited all the leading international schools and were particularly impressed by the atmosphere at PIA.

“The friendliness of the staff and students to all of us and the attitude of the head of school towards our daughter Victoria was warm and genuine.

“The location is stunning and the facilities are amazing, so it was an easy choice for my wife and I and also for Victoria.

“I was quite excited to hear that PIA was to become the Thailand UWC because the UWC movement appeals to my sense of humanity, that is, that openness, awareness and sharing throughout education and in a transnational context are the keys to living a valuable life and creating a better world.

“So I am happy that my daughter will be part of that movement and we hope that she will grow up with an open mind and worldly understanding way beyond that of pure academic achievement.”

“I chose PIA for my children because of the IB program. By teaching children to consider their learning in both local and global contexts, IB supports a strong international view of the world.

“When I heard that PIA was chosen to be a UWC school I knew that the PIA student’s international view would develop to an even higher level.

“The diversity of students provided by the UWC connection will provide learning experiences for the children to consider all questions from an even more diverse global context, important for educating the international leaders of tomorrow.

“I welcome the UWC and look forward to the new energy that will be created by the diversified student mix.”