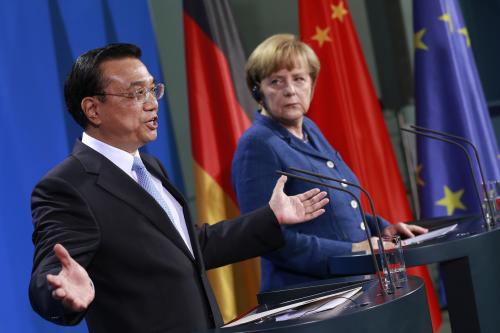 Japan agreed a year ago to forgive 176.1 billion yen ($1.74 billion) in arrears owed to it by Myanmar’s government and, at the end of a three-day visit by Prime Minister Shinzo Abe, it said Myanmar had met the necessary conditions, including a series of political and economic reforms.

“Since both governments acknowledged the continuation of Myanmar’s reform efforts, the government of Japan has decided to clear the said overdue charges,” the Japanese Ministry of Foreign Affairs said in a statement.

Abe was the first Japanese leader to visit the Southeast Asian country in 36 years.

Unlike many countries Japan did not impose trade and financial sanctions on Myanmar during five decades of military rule, but it has dramatically scaled up its engagement since the poor but resource-rich country embarked on reforms two years ago under the quasi-civilian government of President Thein Sein.

The debt forgiveness was contingent upon Myanmar pushing ahead with reforms over the past year that included lifting media censorship, enacting a new foreign investment law and allowing more freedom for political activists and parties such as the National League for Democracy (NLD).

On Saturday he visited the port of Thilawa, the site of the future industrial zone, 25 km (15 miles) south of Yangon.

As part of 51.05 billion yen in new aid announced on Sunday, Japan will provide up to 20 billion yen for the Thilawa project, repayable over 40 years at 0.01 percent interest. The money will help with electricity infrastructure in the area and an expansion of the port.

Other projects will help increase the power supply elsewhere in the country and develop infrastructure in rural areas.

There was no reference in the various statements to another industrial project in Dawei, by the border with Thailand, being developed by Italian-Thai Development Pcl.

Initial funding of $8.5 billion has proved elusive and the Thai government has sought Japanese help.

Prime Minister Yingluck Shinawatra was in Japan this week and she said in a weekly televised broadcast on Saturday that investors there had shown strong interest. Thai officials had hoped for signs of progress during Abe’s visit to Myanmar.


Merkel, Li call for end to EU-China solar trade row
Reuters / Phuket Gazette
PHUKET: German Chancellor Angela Merkel and Chinese Premier Li Keqiang on Sunday called for an end to a trade row between Europe and China over solar panels and wireless equipment, telling a joint news conference they were both for free trade.

The European Union accuses China of pricing its solar panels and mobile telecom devices too cheaply and “dumping” them in Europe to corner the market. It plans to impose duties on Chinese panel makers.

Merkel said Germany would do everything it could to prevent the trade dispute from escalating to the point where the European Commission imposed import duties on Chinese panel makers.

“Germany will do what it can so that there are no permanent import duties and we’ll try to clear things up as quickly as possible,” Merkel told reporters after a meeting with Li in Berlin. “We don’t believe that this will help us so we want to use the next six months intensively.”

The European Union is considering whether to impose punitive import duties on solar panels from China after the United States levied its own duties last year – a move opposed by Beijing.

China has threatened to retaliate if the EU pushes ahead with the investigation.

Li, standing next to Merkel at the briefing that followed the signing of a range of business agreements, said a trade dispute between the EU and China would harm both sides and benefit neither.

He said China was interested in both a two-way dialogue and consultation on how to resolve the issue.

“We don’t agree with this decision and emphatically reject it,” Li said, adding the step was “especially dubious” because the global economic recovery was still in fragile shape.

“It not only endangers jobs in Germany. It will also endanger the development of the sector in Europe. That will harm the interests of the European consumers and Europe’s industry.”

European Trade Commissioner Karel De Gucht said earlier this month he and fellow commissioners agreed in principle to open an anti-dumping and anti-subsidy case against China, but would first seek to negotiate a solution with Chinese authorities.

Merkel told the news conference that it was a “somewhat complicated situation” because the Commission has the authority to launch a procedure on its own. She said she believed a trade dispute could still be prevented with dialogue.

“Germany will do all it can so that this won’t lead to import tariffs,” she said. “That’s not something we believe in.”

The EU is China’s most important trading partner, while for the EU, China is second only to the United States. Chinese exports to the 27-member bloc totalled 290 billion euros ($375 billion) last year, with 144 billion euros going the other way.

Earlier on Sunday, China announced it would hold informal talks with the European Commission on Monday to try to defuse the row over solar panels and wireless equipment.

Trade disputes between China and Europe have multiplied as commercial ties have deepened. Eighteen of 31 trade investigations conducted by the European Union involves China.


French soldier’s stabbing could be act of terrorism – minister
Reuters / Phuket Gazette
PHUKET: The stabbing of a French soldier near Paris by a man who is still on the run bore the hallmarks of Islamist terrorism, the interior minister said on Sunday, and police said it may have been inspired by the murder of a British serviceman in London.

Anti-terrorism investigators are hunting for a bearded man aged about 30, possibly of North African origin, who fled into a crowded train station after attacking the 23-year-old soldier from behind with a knife or a box-cutter on Saturday.

The French soldier survived the mid-afternoon attack, which was carried out three days after a British soldier was hacked to death on a busy London street by two men shouting Islamist slogans.

“There are indeed elements that lead us to believe it (the French attack) could be an act of terrorism,” Interior Minister Manuel Valls told France 5 television. “I won’t say any more at this stage as the investigation is only beginning.”

“I think this person wanted to imitate what happened in London,” he told Itele television, echoing the defence minister who said the soldier had been targeted because of his uniform.

President Francois Hollande and Valls have