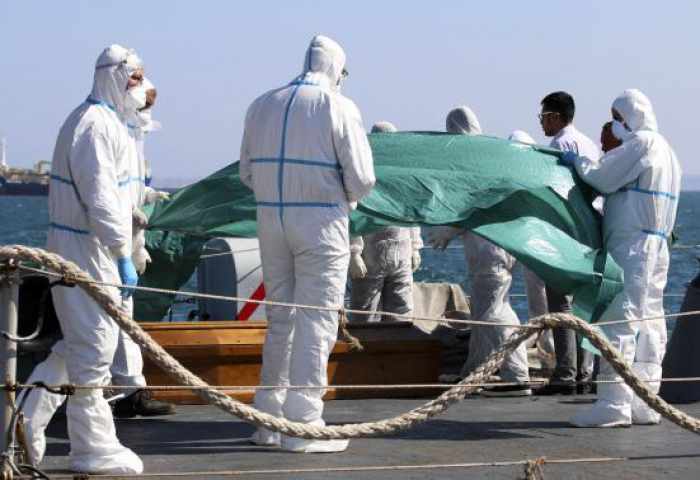 PHUKET: Nearly 2,000 people fleeing Africa and the Middle East have drowned in the Mediterranean this year, most of them in the past three months as they tried to reach Europe from Libya, the United Nations refugee agency said on Tuesday.

“In all, we believe that 1,889 people have perished this year while making such journeys, 1,600 of them since the start of June,” UNHCR spokeswoman Melissa Fleming told a news briefing.

Earlier on Tuesday, the Italian navy said it had rescued 364 would-be migrants in a two-day effort after their crowded fishing boat sank off Libya. The bodies of 24 who had drowned were recovered.

Violent political turmoil in Libya – which has long been a major departure point for people trying to reach Europe by sea – has exacerbated the problem, the Geneva-based agency said.

Libya’s worsening security situation “has fostered the growth of people-smuggling operations, but also prompted refugees and migrants living there to decide to risk the sea rather than stay in a conflict zone,” the UNHCR said.

The UNHCR death toll includes more than 300 people who died in three separate incidents since Aug. 22 when boats capsized off the Libyan coast.

A total of 124,380 boat people – largely fleeing war, violence and persecution, the agency says – have landed in Europe since January, many after being rescued by an Italian navy and coast guard operation dubbed “Mare Nostrum”, or “Our Sea”.

Some 14,000 who reached Italy in the first seven months of the year are under 18 and 8,600 of them travelled alone or were separated from their families on the way, the UNHCR said.