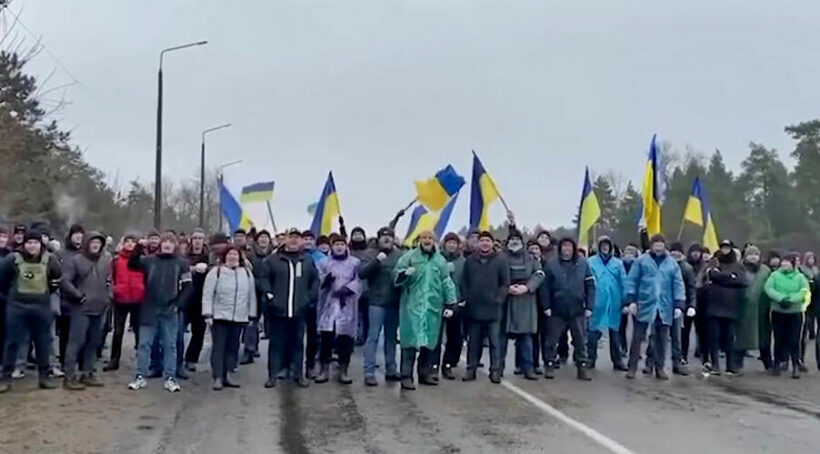 As Russia’s invasion of Ukraine enters its second week, here are the major stories circulating today…

• Russian and Ukrainian negotiators agree to organise humanitarian corridors to evacuate civilians, though little concrete progress has been made after the second day of peace talks between representatives from Kyiv and the Kremlin. The second round of talks in four days took place in the Brest region of Belarus. After several hours of negotiations, the the talks ended again without a ceasefire.

• Ukraine’s President Zelensky has asked Russian President Vladimir Putin for talks, one on one, saying this is the only way to end the war. Zelensky also appealed to the West to “give me planes” to fight the invasion. He warns that if Russia captures Ukraine, the Baltic states will be next.

• Meanwhile, Putin insists the war is “going to plan”, despite taking only one major city. He continued to claim that Russian troops are fighting “Neo-Nazis” in Ukraine, despite the fact that the country’s president is Jewish. He also says he will never abandon his conviction that Russians and Ukrainians are one people. Putin has been receiving European heads of state and ambassadors to the Kremlin at a now famously long table.

• In Mariupol, a southern port near Ukraine’s border with Russia, civilians are trapped by intense shelling, as Russian forced attempt to blockade the port and create a land bride between the Donetsk region and Crimea. If Russia captures more southern cities, Ukrainian forces could be cut off from the sea. Elsewhere, Russian forces have enriched the city embattled city of Kharkiv, the Ukraine’s second largest city.

• Kyiv remains in government control while a large Russian armoured convoy about 65 kilometres long is still some distance away. The convoy has sat for days with little progress about 25 kilometers outside the Ukrainian capital. the expanse of Russian supply trucks, troops and weapons has been plagued with fuel and food shortages and logistical challenges, including weather and mud. Meanwhile arial footage has revealed the destruction of residential buildings outside the city.

• More than one million people have fled Ukraine in one week since the invasion began. That’s about 2 percent of the country’s population of 44 million people. Meanwhile, the Ukraine state emergency service reports more than 2,000 citizens have already been killed in the fighting, more than double the amount reported by the UN just a few days ago.

• Wladimir Klitschko, the champion boxer and brother of Kyiv’s mayor, says Ukraine’s nuclear power plants are under threat from the Russian invasion, warning of a potential repeat of the Chernobyl disaster of 1986. Russian forces have already captured the decommissioned power plant. Meanwhile a fire has broken out at the Zaporizhzhia, Europe’s largest nuclear power plant, as Russian forces continue shelling the plant’s facilities.

Disenfranchised
Slight air of unreality here folks. About effective as standing in front of a column of tanks doing 30 mph.
EdwardV
It's likely Moldova will be next, if not before Russia is done with Ukraine. However he is correct in thinking the Baltics are not far behind. The Ukraine is not the end game, no matter what Putin says about "no…

Freeduhdumb
Reality is starting to set in... The Russian "Cauldron" encirclement of the Ukrainian Army in the Eastern Donbass is nearly complete... Zelensky will now be forced to capitulate.

UKRAINE UPDATES: Broadcasters pull out of Russia, oil soars to US$115