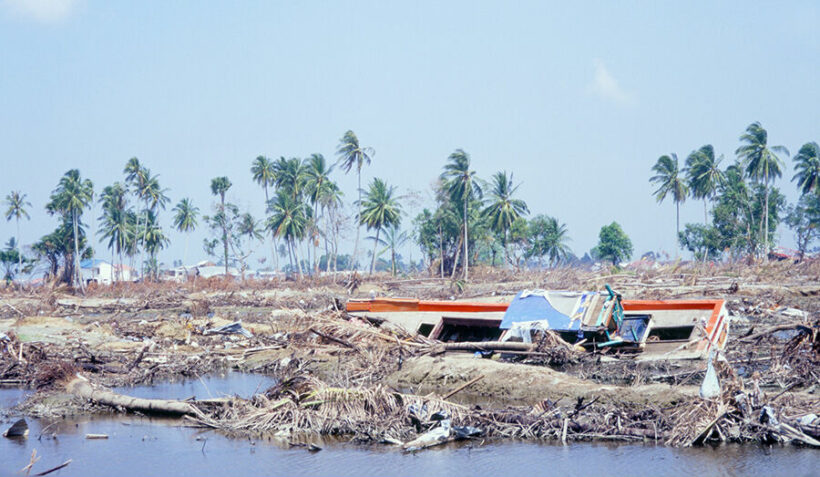 Officials in the Indonesian province of Aceh believe they may have found a police officer who has been missing since the Indian Ocean tsunami struck 16 years ago. The 2004 Boxing Day tsunami was one of the world’s worst recorded natural disasters, killing around a quarter of a million people in several countries around the Indian Ocean. Aceh was the worst hit area, with around 170,000 people killed and 38,000 missing.

Now, Aceh police suspect that a patient at a mental health facility may be one of the missing. Police officer Zainal Abidin, also known as, “Asep” and originally from West Java, was stationed at Banda Aceh in 2004. He has not been seen since the tsunami struck on December 26 that year.

According to a Coconuts report, in 2009 a village chief found Asep wandering in the area. His identity could not be confirmed and villagers would not take him in, so the chief had him admitted to the mental health facility. It’s not known where he spent the 5 years in between the tsunami and the chief finding him in 2009.

Reports that he could be the missing police officer began to surface on social media recently, as people compared photos of the mental health patient with a photo of the officer taken years ago. Aceh Provincial Police launched an investigation, but have not officially confirmed the man is Asep, with a spokesman saying they still need to do some final checks. It’s understood the missing police officer’s family will be flown in from West Java.

“We will verify with his family in West Java and his unit. We will also perform a DNA test on the patient, as well as fingerprint analysis and other identification methods.”

The man’s mental health condition is not known at this time, but if his identity is confirmed, his story would rank among many other miraculous tales of survival from the Boxing Day tsunami.