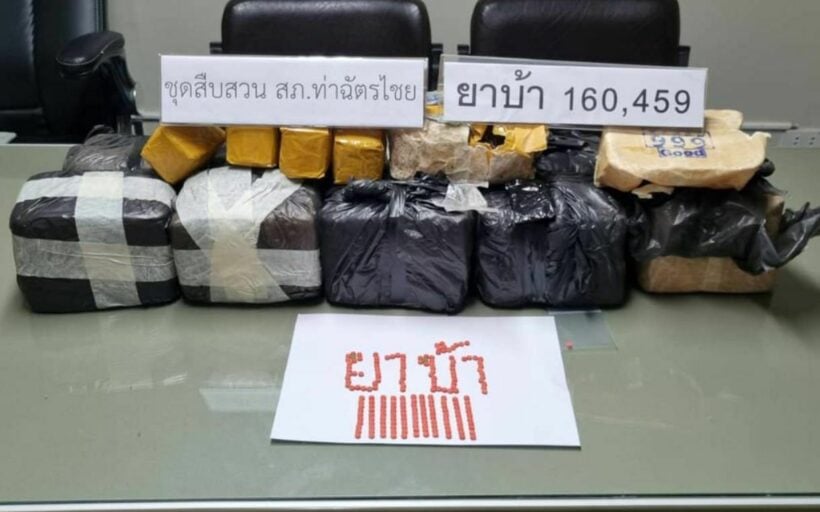 Police in Phuket arrested two men on drug charges and seized more than 160,000 methamphetamine pills. Officers from the Tha Chatchai station searched a two-storey home in Mai Khao and found thousands of methamphetamine tablets, known by the Thai street name “ya ba,” which translates to “crazy drug.”

Police arrested 50 year old Samat Saksriroj and 27 year old Chainarong Nayao. The men were charged with possession of a Category 1 drug with intent to sell. Under Thailand’s Narcotics Act, the charge carries a maximum penalty of 10 years imprisonment and a fine of up to 200,000 baht.

Officers say they suspect the men were distributors and are investigating to crackdown on those involved in trafficking the drugs.